Motorola Quench, also known as Cliq XT for the US market was officially unveiled last week during MWC 2010 and we learn that the handset will soon be available in Brazil, via local carrier TIM. This company is the country’s third largest mobile carrier, with over 40 million subscribers. 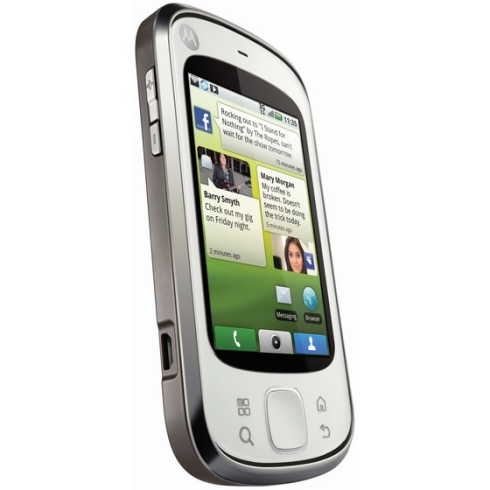 As far as memory is concerned, you get 512MB of ROM, 256MB RAM and there’s a Qualcomm MSM7201A 528 MHz CPU under the hood. TIM Brazil will sell the device starting late March for a yet unannounced price. The handset will also hit Europe and US via T-Mobile USA.