Everyone’s gearing up for CES 2010, including Motorola, who has quite a bunch of neat tricks up its sleeve. They’ll organize a special event on January 6 2010, probably showcasing the Sholes Tablet and maybe even a successor for the very popular Droid. 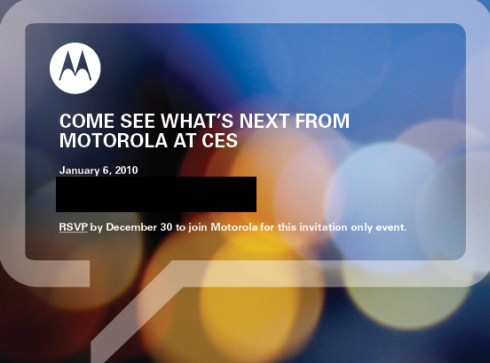 What do you think they have in stall for us? Guesses are as wild as they get right now, but Android should be the key word for all their future products. Whether or not we’ll be seeing a Droid 2 or some cool Moto App Store remains to be seen. How about Moto’s own OS?