There’s a new sheriff in town, branded Moto & Verizon and called Rival, launching today via the previously mentioned carrier. Here’s a live photo of the device, sent in to the folks of Phone Arena by one of their tipsters. Will you get one? 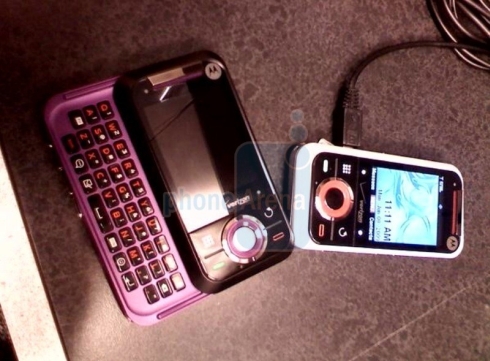 A microSD/microSDHC slot is also on the specs list, together with a video and music player, a full QWERTY keyboard and predictive text input. Motorola Rival also comes with GPS, Bluetooth 2.1, Stereo Bluetooth, USB and WAP 2.0 plus a 3.5mm headphone jack and voice dialing.