With all the Samsung and Apple related rumors lately some of us may have forgotten that Motorola is preparing one of the hottest Android devices around, the Google X Phone. Last leaked as XFON in a sketch, the device may have just hit the FCC as the Motorola XT1060 model. 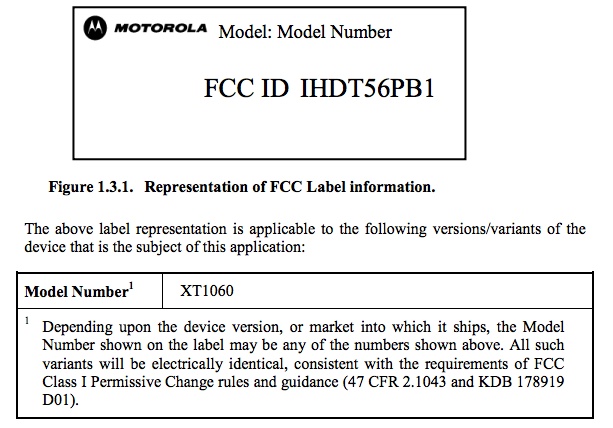 You can see a piece of the official document above and this X Phone is expected to support Verizon’s network and have NFC, Bluetooth 4.0 and WiFi, as confirmed by the leak. There’s also GSM band support, so expect this unit to have global roaming abilities. The X Phone has been the subject of a lot of rumors and they are probably true, since there’s too much fuss around this model.

It has already passed through the FCC, had its specs leaked and even an image of it appeared from Asia. We’re expecting a phone with a tough case, Snapdragon 800 CPU, 2 GB of RAM, maybe a touch button/area at the back, revolutionary software features and great battery capacity.