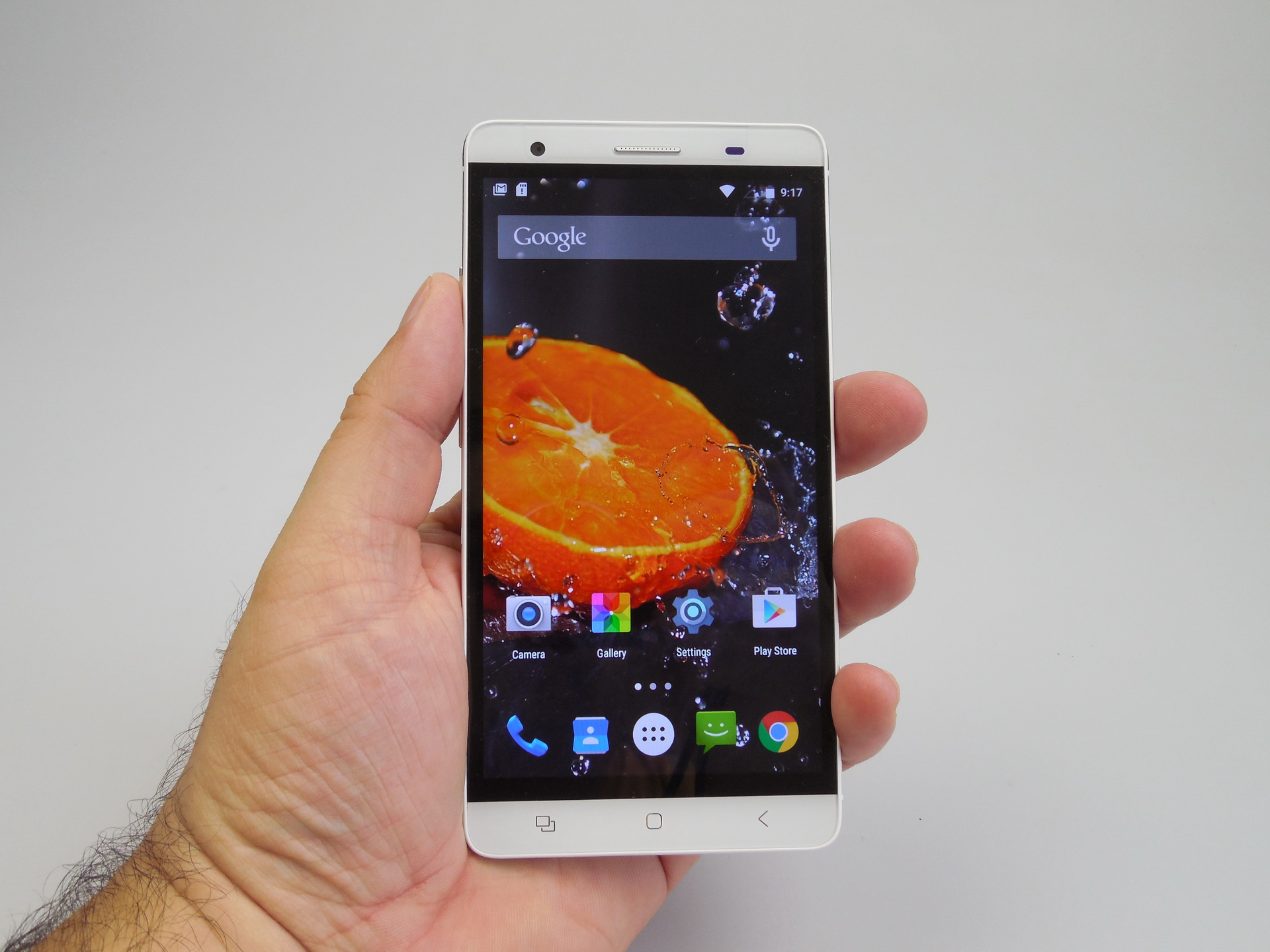 Mstar S700 is one of the latest phones we’ve tested here at GSMDome.com and an interesting one, to be honest. It’s an affordable smartphone with 2014 flagship specs and Lollipop on board. It also has a fingerprint scanner and we got it from Gearbest, priced at $137, but the price fluctuates, usually remaining below $200. 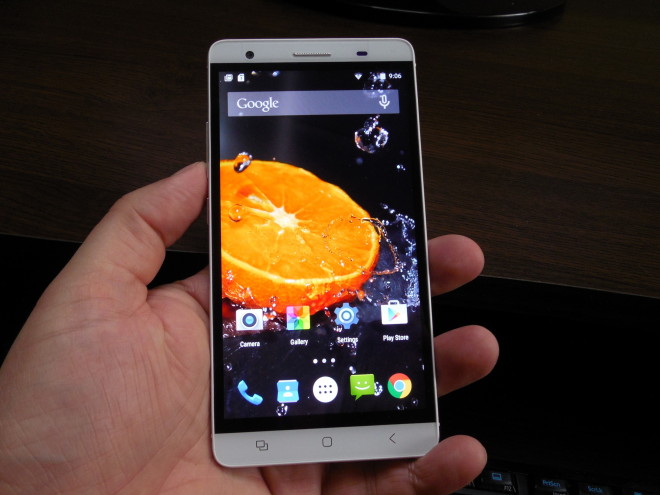 Mstar is a brand that belongs to the company Lihua from Hong Kong, started in 2002. They came up with this brand in February this year and launched a few hansets within the series. Mstar S700 measures 8.8 mm in thickness and weighs 173 grams, plus it has a diagonal of 5.5 inches. This model is 1 gram heavier than the iPhone 6 Plus and it’s also thinner than the LG G4, that measures 9.8 mm in thickness.

S700 is thinner than the HTC One M9, measuring 9.6 mm in thickness. It looks a bit like a Meizu and Huawei P8 combined, while its back feels like the Galaxy Note. The handset feels light in the user’s hand and it has a soft touch back. The case is made of plastic and the front has an edge to edge look, but it’s not all screen, which is pretty much the Huawei P8 approach. 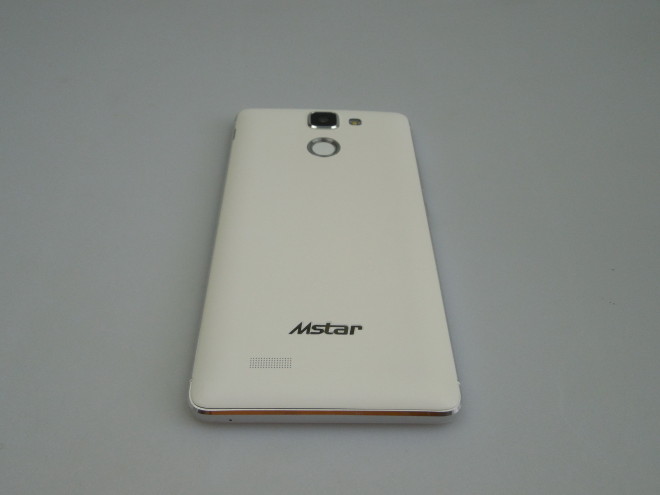 The screen bezel is actually pretty big for 2015 standards. Upfront there’s the selfie camera, sensors, earpiece and capacitive buttons, while at the back there’s the main camera, LED flash and fingerprint scanner, as well as speaker. Once you remove the back cover (which is relatively hard to do), you will have access to the microSIM and standard SIM slot, microSD card slot and removable battery.

At the top there’s the audio jack and microUSB port, while at the bottom there’s the microphone. We’ve also got a solid metal frame in the mix and this handset offers good grip. One hand usage is OK and to the left of the smartphone there are the volume buttons and On/Off button, all of them with OK feedback, but also a strange placement. Why? 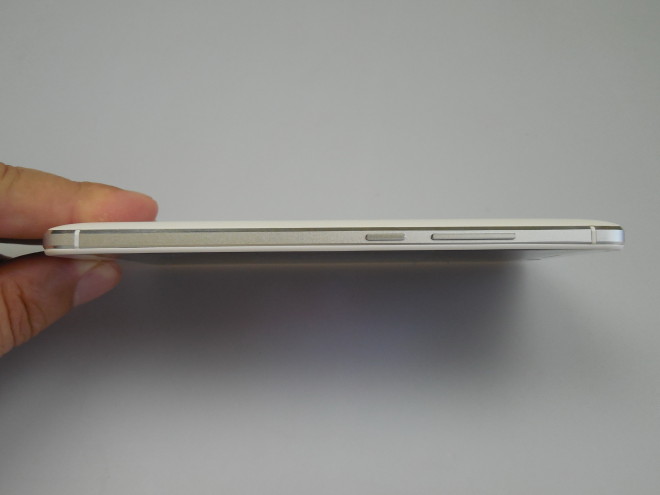 Because the On/Off button is on the left and we’re used to it being on the right side. Mstar S700 has a solid and nice looking design, that comes at an affordable price and it’s also a comfy phone to use. The hardware includes an IPS LCD OGS screen with a 5.5 inch diagonal and a 1280 x 720 pixel resolution. Inside the handset we find the MediaTek MT6752 octa core processor, a 64 bit unit clocked at 1.7 GHz, plus 2 GB of RAM and the Mali T760 GPU.

Storage is 16 GB and other specs include a microSD card slot, a 13 megapixel back camera and a front 5 MP shooter. Major connectivity options are covered: LTE, dual SIM dual standby, GPS, Bluetooth 4.0, WiFi b/g/n/ac and sensors too: G Sensor, fingerprint scanner. Finally, the battery is a 3000 mAh unit, that offered us 5 hours and 55 minutes of HD video playback in a loop, with WiFi on and brightness at 50%. That’s OK for the price and it’s below the HTC One M9, with its 6 hours and 9 minutes, but also above the Huawei P8 Lite and its 5 hours and 25 minutes. 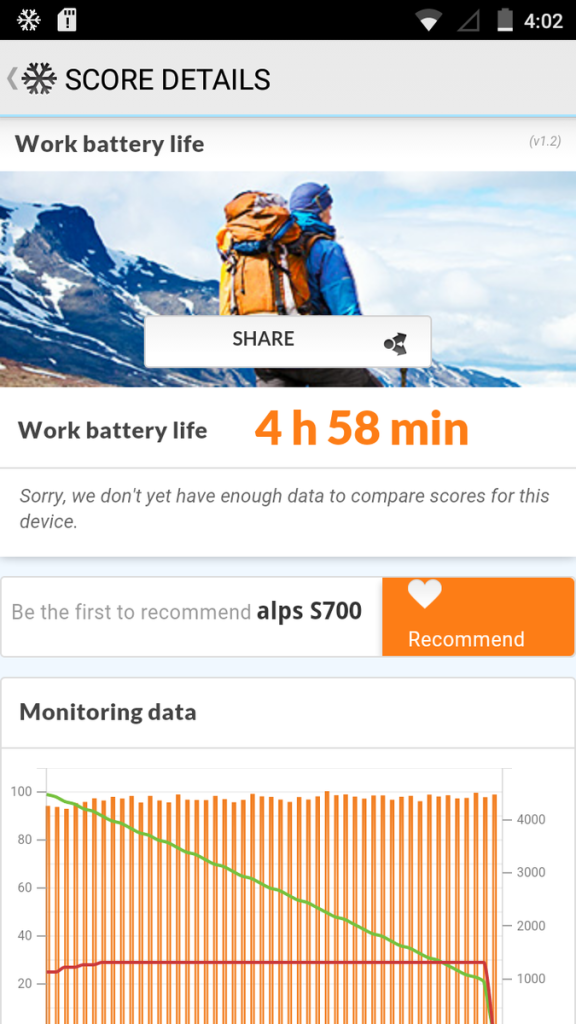 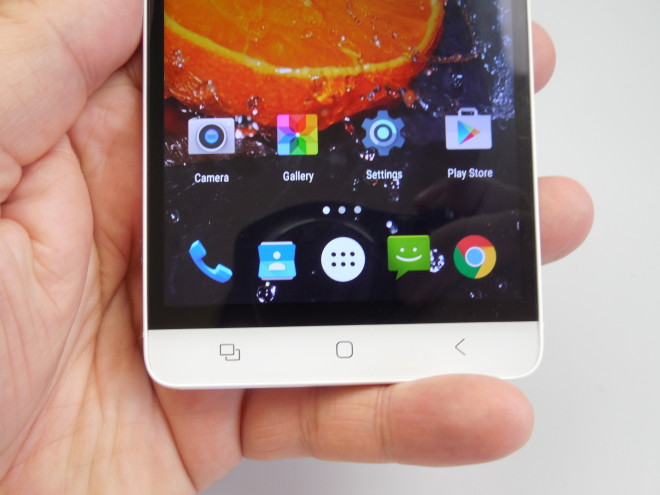 The Settings area offers Intelligent Standby functionality, that turns off WiFi in standby mode. If you press the Menu button in the Battery area you will trigger the Battery Saver function, that reduces performance and limits vibration, data in background and syncing. Overall, the battery is OK for the price and we move on to acoustics. There’s a speaker placed at the back and music player has a minimal UI and it’s a pretty standard app.

The actual audio experience doesn’t seem to involve a very loud sound, but bass is OK, clarity is good and voice, too. The equalizer is a stock one, with 5 channels and genre settings. The sound gets a bit distorted at top volume. Headphones bundled here have a solid build and they’re made of plastic. They also come with a pretty thick wire, big remote and they’re comfy, loud and provide a clear sound. 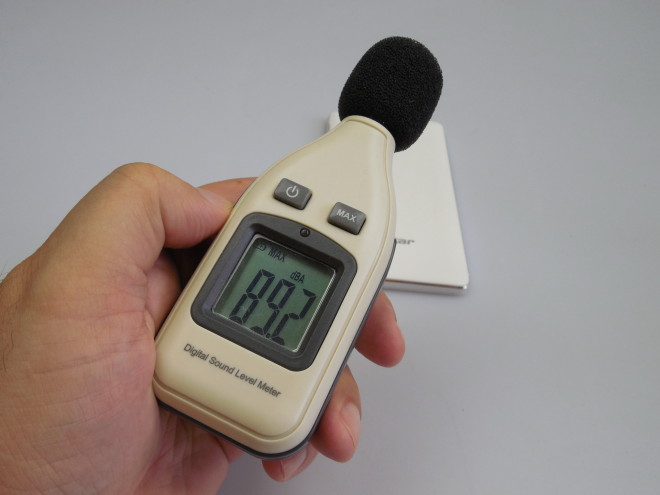 The bass wasn’t that good in the buds, but the high notes were good. FM radio is also here, with a stock UI and functions like Search, Speaker and Record FM. We also did a decibelmeter test, achieving 89.2 dBA at the back and 79.9 dBA at the front. Muffling is pretty serious here, cutting about 10 dBA from the top volume. That’s quite a high volume, beating the iPhone 6 Plus and its 83.8 dBA, plus the Galaxy S6 narrowly and its 89 dBA. The HTC One M9 and its 86 dBA was also beaten.

Acoustics are good and the Settings include Sound Enhance functionality. There’s also BES Audio Enhance for earphones and speakers. There’s also BES Surround and High Quality BT Music as an option. The display is a 5.5 incher, with 1280 x 720 pixel resolution, 320 PPI density and it involves an IPS LCD OGS panel. The video player is the Gallery here, not a separate app. 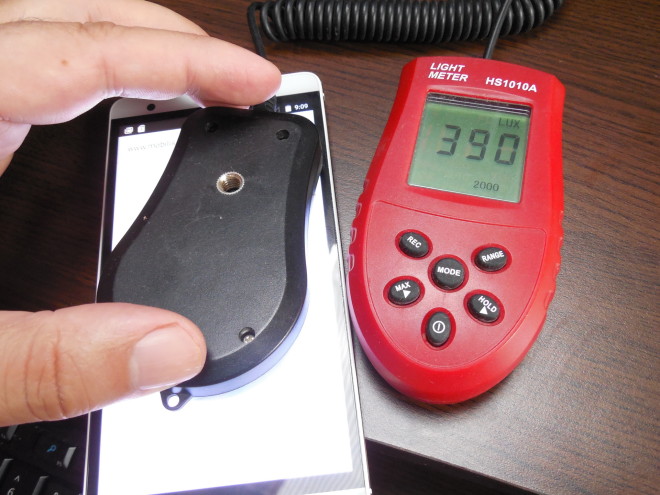 The viewing experience involves pretty cool colors (in a good way), a bright screen and OK contrast, plus wide view angles and a clear picture. Pixels are of the RGB Stripe kind and the luxmeter test brought us 390 LUX units, which beats the Huawei Honor 6 and its 383 LUX, plus the HTC One M9 and its 362 LUX. We are below the OnePlus One and its 404 LUX, but also a bit above the HTC Desire 820 and its 396 LUX.

This is a good screen and the Settings include a brightness slider (not a big difference between max and minimum brightness), Adaptive Brightness (optimize brightness for availablelight), font size and G Sensor calibration. A proximity sensor calibration option is here too, as well as an S View Cover Setting. Overall, the screen is good and now let’s talk about the camera. 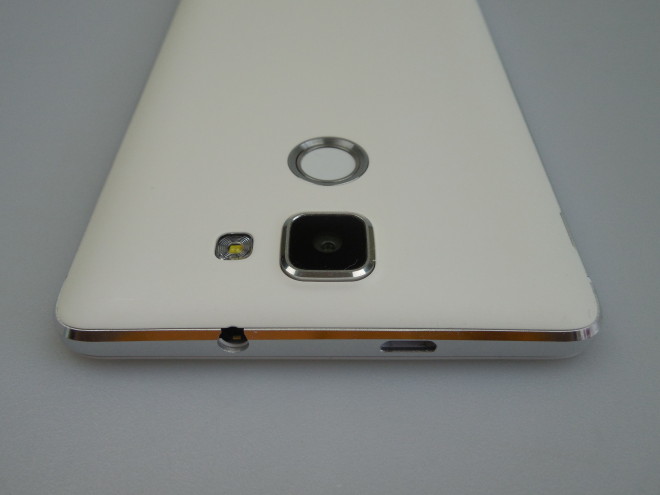 The back camera is a 13 MP unit with LED flash, while the selfie camera has a 5 MP resolution. The camera app is reasonably fast to open up and strangely, while the device runs Lollipop, the camera UI is not typical for Lollipop. It’s like an older looking KitKat custom interface. On the left side of the UI there’s the Capture Mode: Normal, Live Photo, Face Beauty, Panorama and Multi Angle. 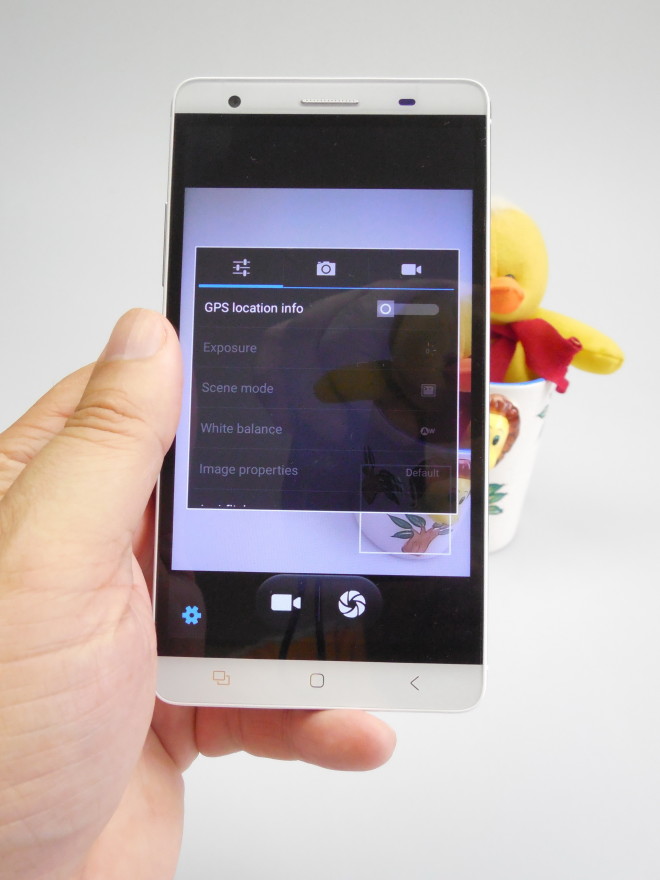 Video options are as follows: noise reduction, EIS, microphone, audio mode, time lapse interval, video quality (fine, high etc). You can zoom up to 4x, which is kind of slow and also slow is the focus and picture taking. The pictures look worse on the handset screen than on the PC, keep that in mind. The gallery we have for you was taken on a sunny day in July.

Indoor we registered good colors, crisp details and a slight gloss. Outside, the shots were slightly white at first and HDR made the images bright, but also slightly burnt a it. The panorama had a resolution of 3488 x 464 pixels, which is not exactly impressive, since it’s not very wide. We played with filters and the shots had good colors and HDR highlighted the lines of a monument we shot. 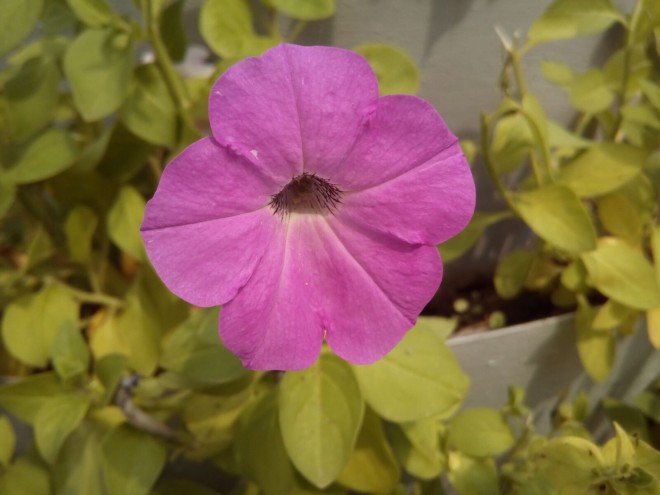 The selfies we took were also pretty OK and had realistic colors, good skin texture and the background also looked clear. The camera behaved OK in full sunlight and the shots were crisp, although some were a bit too lit. Closeups were nice, especially those of flowers. Focus, exposure and white balance were all good. I zoomed into a shot and it had OK details, in landscape shots.

That picture with the grafitti had nice texture and there were surprisingly few burnt shots for such a sunny day. We also had a good HDR of a statue and I have to mention that you have to be careful where you focus, since the exposure also changes, depending on what part of the screen you press. At the end of the gallery we took some shots in an area with more shade and those also looked fine. 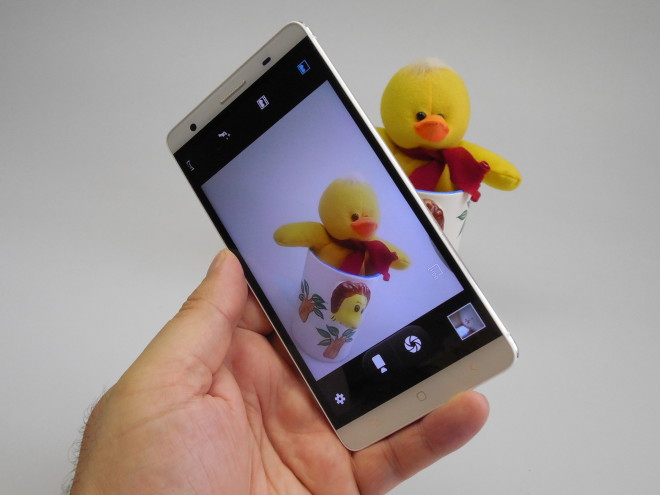 Overall, the camera is good for a midranger and excellent for the price tag. The videos taken with the Mstar S700 have a Full HD resolution, 30 FPS frame frate and 17 Mbps bitrate. The same videos are taken in 3GPP format, but a good 3GPP compared to what I’ve seen on other phones. The first video has poor stabilization, OK exposure changes and good colors, plus a good clarity, but also some focus loss.

The second video also had focus loss, but good colors and good clarity. Details are reasonably good here and I’ve seen much worse in 3GPP, so this is actually pretty good. The 3rd video is a bit too white, but the details when zooming in are quite good. The tendency to over compensate for lack of brightness in dark areas is a bit exaggerated here, in both pics and videos, so overexposure sometimes occures.

Photo editing is done with the stock options, like filter, frames, crop, mirror etc. Now we move on to performance and we began by testing the handset with gaming, by playing the game Riptide GP2 for 15 minutes. This brought the device’s temperature to a pretty high 45.2 degrees Celsius, which means there’s overheating and that can actually be felt on the device. 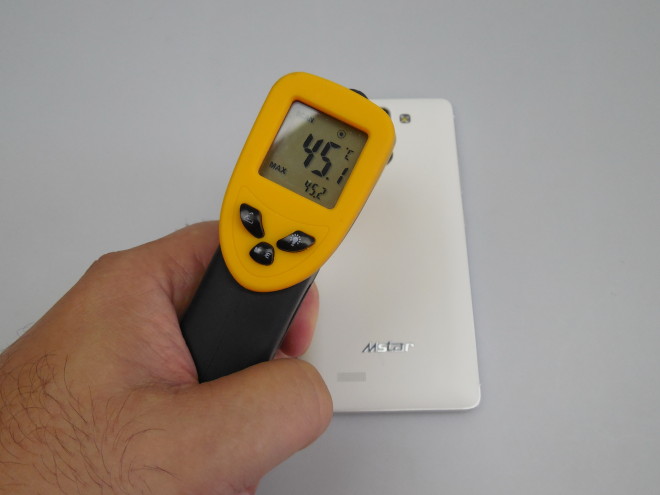 The browser was also tested and it wasn’t very fast. The keyboard available here is the stock Lollipop one, comfy and well spaced. As far as calling goes, the sound was clear, but not very loud. Signal was OK and there’s no noise canceling sadly. Now let’s see the benchmark results! We compared the Mstar S700 agains the Allview P6 Qmax and the HTC Desire 820.

Mstar S700 wins 5 out of the 11 tests and it’s being dragged down by the browser and GPU from the looks of it. There’s no lag here and the device runs Riptide GP2 like a charm, but also overheats, as said before. The handset runs Android 5.0 Lollipop with some tweaks, like the camera UI for example. Multitasking is shown as a carousel and widgets are available as stock ones, without too much customization. The dropdown area unfolds in two steps, including both notifications and Quick Settings. 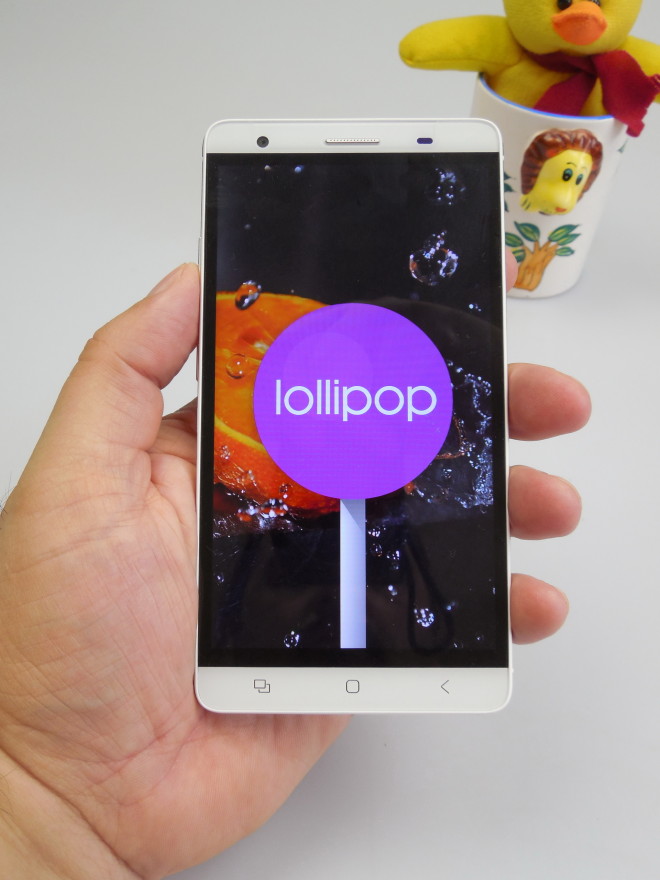 The Settings area is shown in stock fashion and it’s the place to register your fingerprint for the fingerprint scanner. This is a 508 ppi sensor and the setup is fast, plus you can record up to 5 prints in the system. You can also lock apps and it takes one second to authenticate, as promised, so it’s very fast and accurate. Other options include off screen gestures, like double tap and drawing a C on the lockscreen to access the camera. The preinstalled apps list includes no bloatware and actually very few apps are installed here.

They include calculator, calendar, file manager, Gmail, Maps, Sound Recorder, while the Play suite lacks. Few apps have material design, as I noticed. There’s no Google+ or Hangouts, but don’t worry, since at least we have the Play Store. Now let’s see the verdict!