HTC Hero’s successor, Legend is supposed to go live today in Barcelona, during the MWC 2010 tech show, but we already managed to score its specs and a neat official image of the device. HTC Legend runs Android 2.1 with HTC Sense UI and uses an optical trackball, visible in the following image. 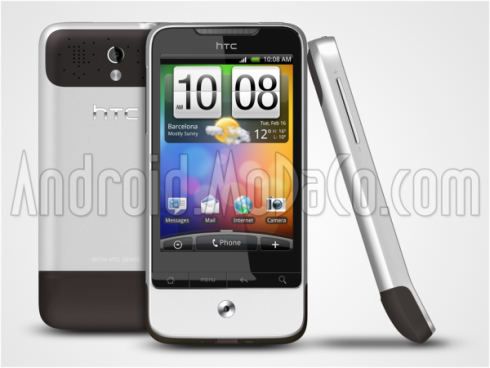 There’s also a digital compass on board, a microSD card slot, a proximity and ambient light sensor, a G-sensor, a 5 megapixel camera with autofocus and flash and a 1300 mAh battery. Expect the smartphone to be officially unveiled today and don’t forget to check out its hands on videos, once they surface.