HTC is set to make a few announcements today, during MWC 2010 and they might include the model pictured below, HTC HD Mini. This shot is the first official image of the device, leaked together with its specs, available after the break. 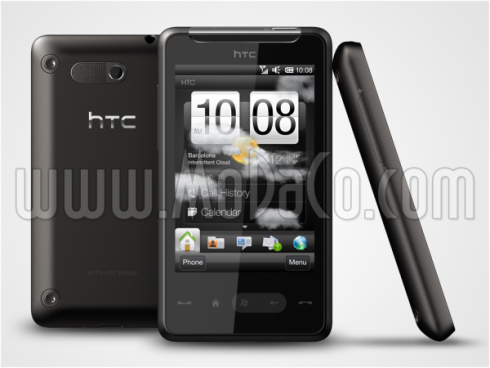 Scheduled to arrive on the market in April, this Windows Mobile 6.5.3 smartphone uses a capacitive display with a 3.2 inch diagonal. Also dubbed HTC Photon, the handset comes with a 5 megapixel camera, WiFi, TouchFLO 3D UI, Facebook and Twitter integration.

Other features of the HTC HD Mini include a 3.5mm audio jack, Bluetooth 2.1, a microSD card slot and support for quad band GSM and HSDPA connectivity. No info on US carriers support, so for now the smartphone is only scheduled for an European release.