Texas Instruments has just showed the world its OMAP 4 system on a chip solution, complete with a development platform for it, dubbed Blaze. First seen as a prototype earlier this month, Blaze is pretty cool and it comes with features that will be loved by developers, as you’ll find out after the break. 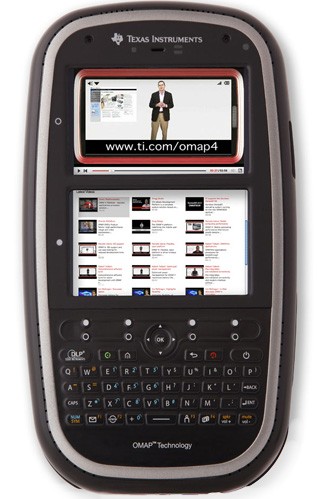 TI aims to promote new ways of interaction, like touchless gestures, gesture recognition and more. At the core of the system on chip system there’s an ARM Cortex A9 MPCore CPU that also powers the Apple iPad. Apparently, this processor will allow the upcoming mobile platforms to output stereoscopic 720p video at 30fps per channel.

Let’s see what Blaze turns to in the future and if it’s viable enough to produce a mobile device out of it.