It doesn’t take a huge phone for impressive performance, a fact proved by the tiny HP Veer smartphone, shown to use during MWC 2011, in Barcelona. The handset should be coming in Q3 and it measures a mere 15.1mm in thickness and 84mm in length. It also weighs 103 grams, less than one of the skinniest phones at MWC, LG Optimus Black. 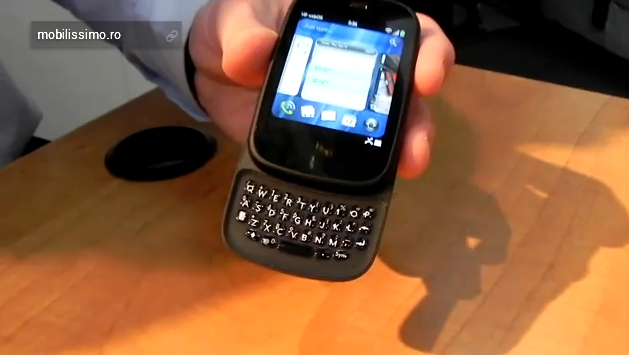 The device is shown to us with its multitasking abilities (on webOS 2.2), as you can start playing NFS, resume it and leave the app open in a small thumbnail window, while you move on and do something else. Meanwhile, the game is open and the race can even continue in thumbnail mode. We also catch a glimpse of the QWERTY keyboard on the device, a sliding one that reveals a mirrored area above the camera, ideal for taking great quality pics.

The display on the HP veer is a 2.6 inch unit, with a 320 x 400 pixel resolution and we learn that its specs include 8GB storage, a 800MHz CPU and a 5MP camera at the back with geotagging.