One of the big showcases at MWC 2013 this week was the Firefox OS, by Mozilla. We saw a bunch of Alcatel and ZTE phones debuting this platform and we got cozy with the ZTE Open, one of the first devices with this platform on board. 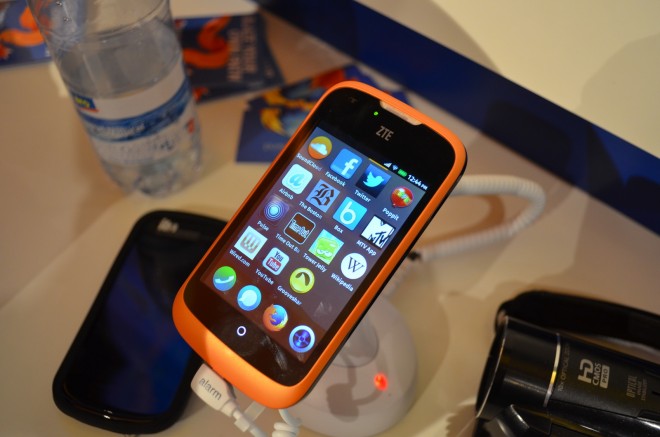 Mozilla stated yet again that it intends to make a mark on the lower end smartphone market, with devices priced between $100 and $200. ZTE Open is such a device, with modest specs, but after all Firefox OS isn’t very demanding. The first handsets with the platform will launch in 9 countries this year and the smartphones will reach USA in 2014. ZTE Open is a handset based on Cortex A5 architecture and it has a CPU at sub 1 GHz.

The device packs 256 MB of RAM, a camera without autofocus, with a 3.2 MP resolution and a 3.5 inch display, with 480 x 320 pixel resolution. The internal memory is 512 MB, but the device also has microSD. From what I’ve heard the smartphone is rumored to cost below $150. In the video preview here you can see the web apps on this device and what seems to be an app store.