Today started with Nokia announcing a bunch of handsets, including the Nokia Lumia 520, that can be seen in the video below. We caught it on camera just a few hours after it was made official by the Finns. We’re dealing with a lower end device, but still a smartphone, one that has a very appealing price. 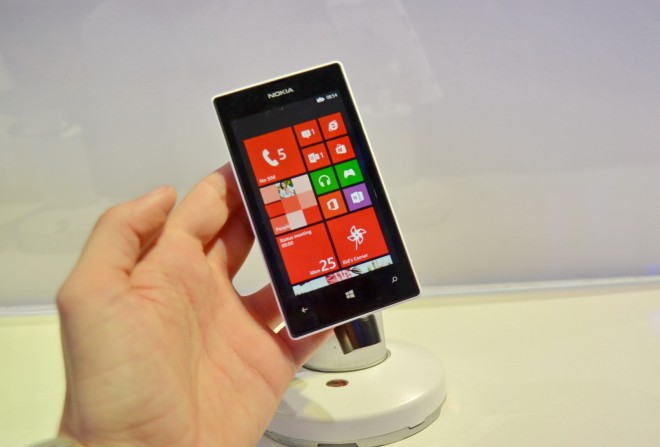 This is the most affordable Windows Phone 8 model with decent specs launched by Nokia till now. It has a starting price of 139 euro and it will come in a variety of colors, that you can change courtesy of interchangeable back plates. The phone’s features include a 5 megapixel camera, a Snapdragon S4 dual core CPU and all of that in a shell that measures 9.9 mm in thickness. The handset weighs 124 grams and the device supports a 800 x 480 pixel resolution.

Its screen uses IPS technology and from the video it looks pretty bright. There’s also 8 GB of storage, a microSD card slot and 512 MB of RAM on board. It offers access to Here Maps and the new and rebranded Nokia suite of navigation apps. There’s also Nokia Music, demoed below and much more in this vid: