A week after Apple launched its long-awaited iPad, we’ve found the very first rumours regarding the next gen iPhone. The clues we needed were present in the iPhone SDK, version 3.2, released so that developers can work on new apps for the iPad. 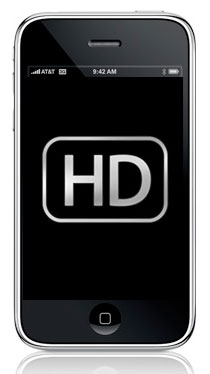 The devs discovered that the next iPhone will be codenamed N89 and that it comes with support for 720p video recording and version 3.1 of the AVC codec. This info was found thanks to the MediaValidator.plist file, that shows what types of media files a device can support.

We’re still not sure if the new iPhone will only be able to play 720p video or also record it. It would be nice to see Apple upgrading the current 320 x 480 pixel screen resolution to 800 x 480 pixels, in order to provide a true HD video experience. The answers to all these questions will certainly be found during the Worldwide Developer’s Conference, on June 8th.

Meanwhile, Digitimes claim that Apple is going to work with Pegatron, as its new OEM for manufacturing the iPhone. Till now, the Cupertino giant worked with Foxconn, so we might be heading towards a price war, or an increased production of units.