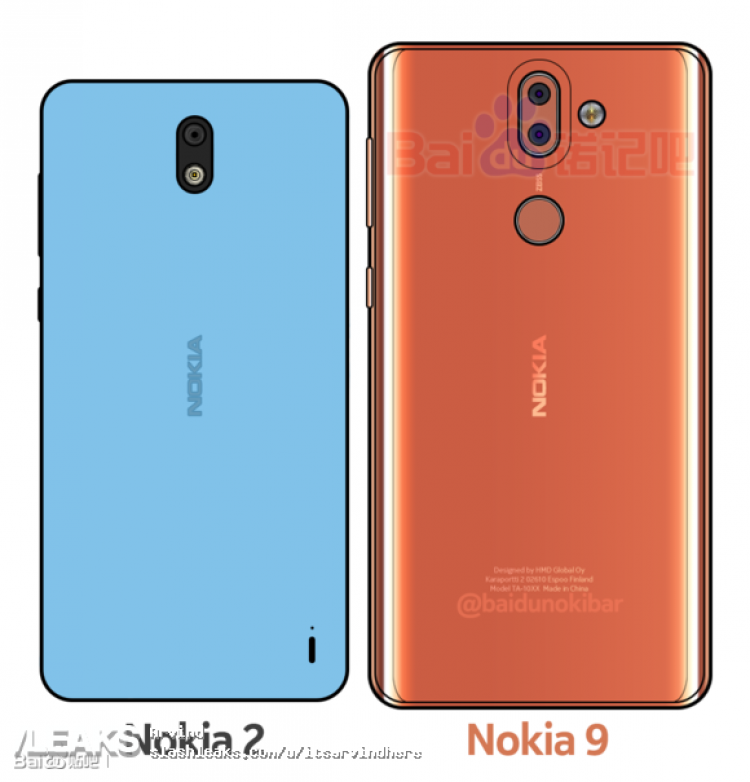 The last phones that Nokia will unveil this year are the Nokia 2 and Nokia 9, expected to pop up during the last few months of 2017. One of them is an entry level machine, the other an evolved flagship, basically a bigger version of the Nokia 8. Both have leaked in the render below. 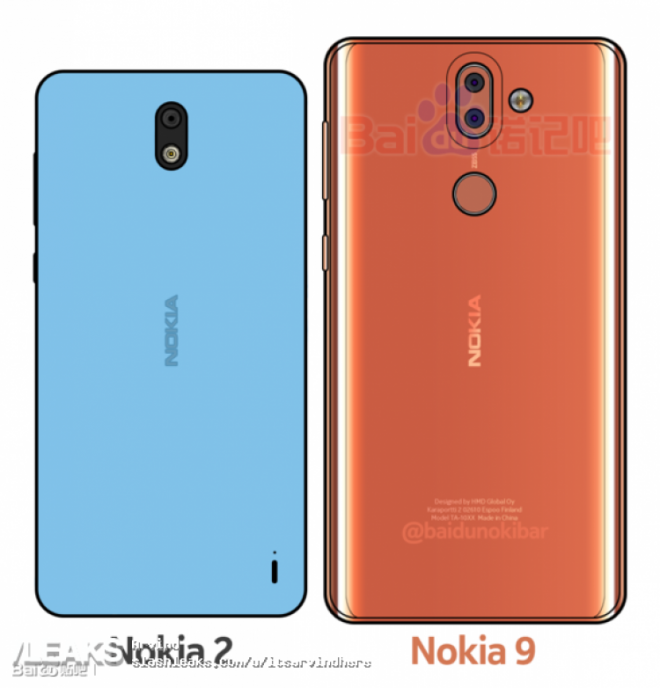 Nokia 9 has been leaking for months now, with a dual back camera in the mix, shown here as a pair of sensors with vertical arrangement. The camera seems surprisingly compact, for a shooter that’s supposed to be really high end and premium, with Carl Zeiss tech. The device has curved edges at the back, where we’re supposed to see a glass panel, a 3D glass panel actually.

The dual camera system should be borrowed from the Nokia 8 and inside we should find a Snapdragon 835 CPU, 4 GB of RAM and 64 GB of storage. Rumors talk about an $800 price tag and moving on to the entry level unit, the Nokia 2 is said to be priced at around $100. Its core feature is the 4000 mAh battery inside and specs should be really modest, like 1 GB of RAM, a 4.7 inch to 5 inch screen and Snapdragon 212 CPU.

Expect both to get Android Oreo reasonably fast.