Nokia 5530 XpressMusic in ready for its UK debut on August 11 and it’ll be available for a mere £130 on PAYG offer. The touchscreen handset will be sold only via Carphone Warehouse, at least in the beginning, following a 6 week exclusivity deal. 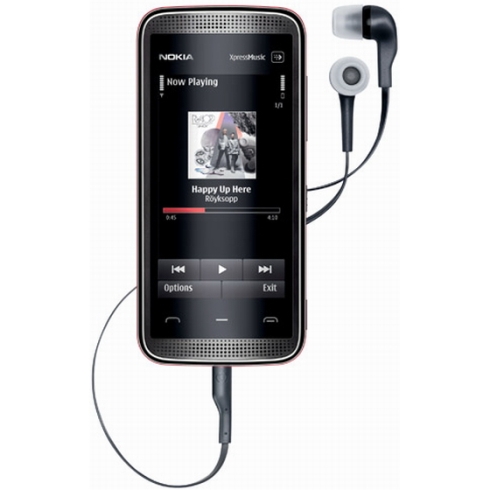 You can consider this a cheaper version of the famous Nokia 5800 XpressMusic, one that comes with a 2.9 inch screen with a 360 x 640 pixels resolution, Wi-Fi, a 3.2 megapixel camera and quad-band GSM connectivity. There’s also a 3.5mm audio jack on board and Symbian S60 5th Edition is running the show, software-wise.

No info yet on the release of the phone in other European countries, but we know it’s coming before the end of Q3.