Since when is Nokia 5800 XpressMusic a smartphone?! Well, UK magazine Smartphone & PDA Essentials considers it that way, since issue 88 of the freshly rebranded magazine just awarded it for “Best Multimedia Smartphone”. 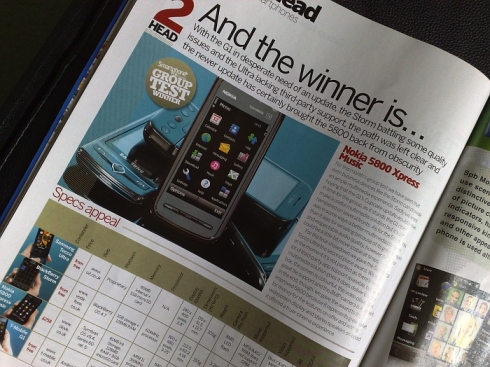 Nokia’s touchscreen multimedia handset gets compared to the likes of BlackBerry Storm, Samsung Tocco Ultra and the T-Mobile G1. Strangely enough, the Apple iPhone is lacking from the list, as well as Samsung i8910 (OmniaHD), while Nokia 5800 got a rating of 9/10.

The magazine’s editors reviewed the musical features of each device, the image, video and camera, plus interface and controls. Do you agree with this decision? We sure don’t…