Enough hiding for the Nokia 5800 XpressMusic mobile phone. The touchscreen device will make its way on to the Taiwanese market in the near future, although nothing is official right now. 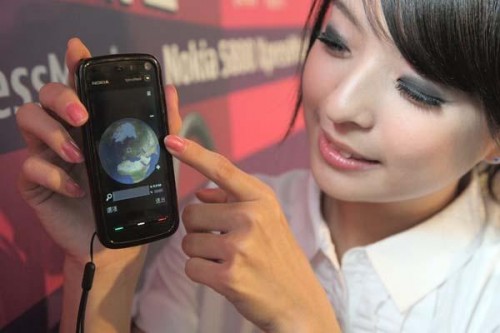 Nokia’s offer might turn out to be more juicy than initially thought. It is rumoured that the handset producer also plans to launch Nokia Music Store, Comes with Music, and Chinese-version Ovi services in Taiwan in 2009.

Nokia 5800 XpressMusic handsets will be available in the Taiwan market for a suggested retail price of about USD 450.