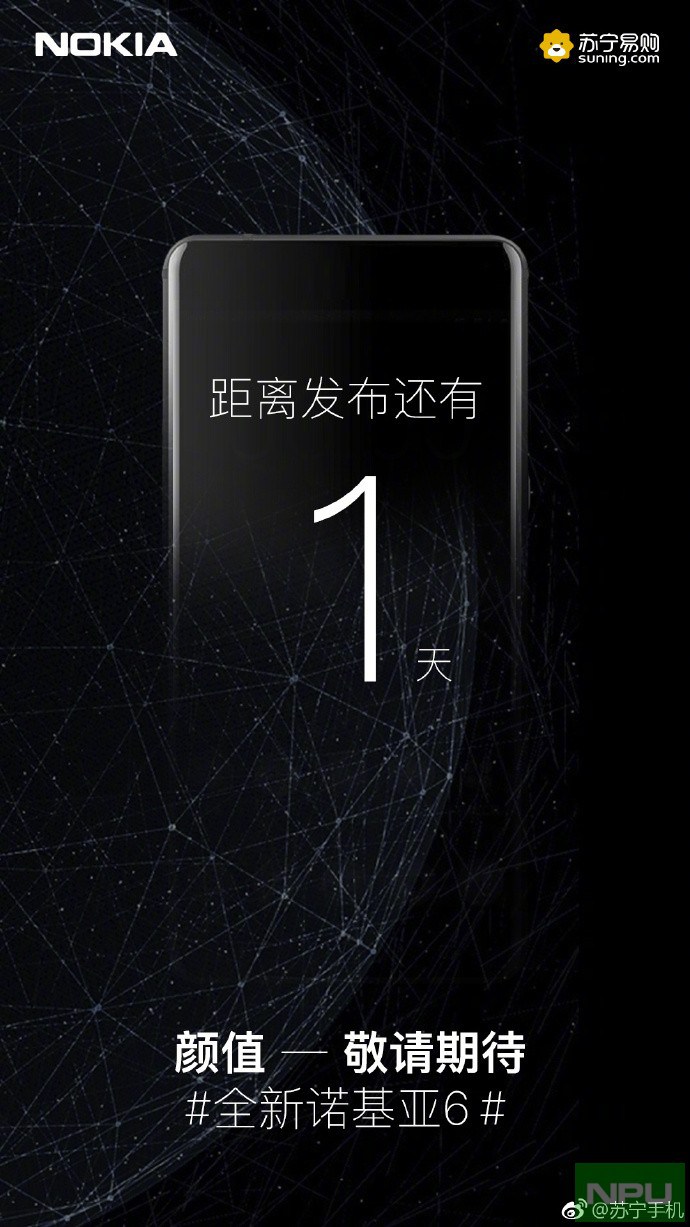 We’ve been hearing a lot about the Nokia 6 (2018) lately and now the device just got a fresh pair of teasers. Together with that we learn the stunning fact that the handset will debut tomorrow and not on January 19th as previously leaked.

Of course we’re talking about a launch in China, as it also happened with the first Nokia 6. Chinese retailer Suning is already teasing the Nokia 6 (2018) launch for Friday, January 5th, which is tomorrow. They claim that the device is exclusive to their offer and it’ll bring 4 GB of RAM and 32 GB of storage. Another teaser shows a Nokia 6 template with the figure “1” inscribed on the screen, which is supposed to be a countdown till tomorrow. 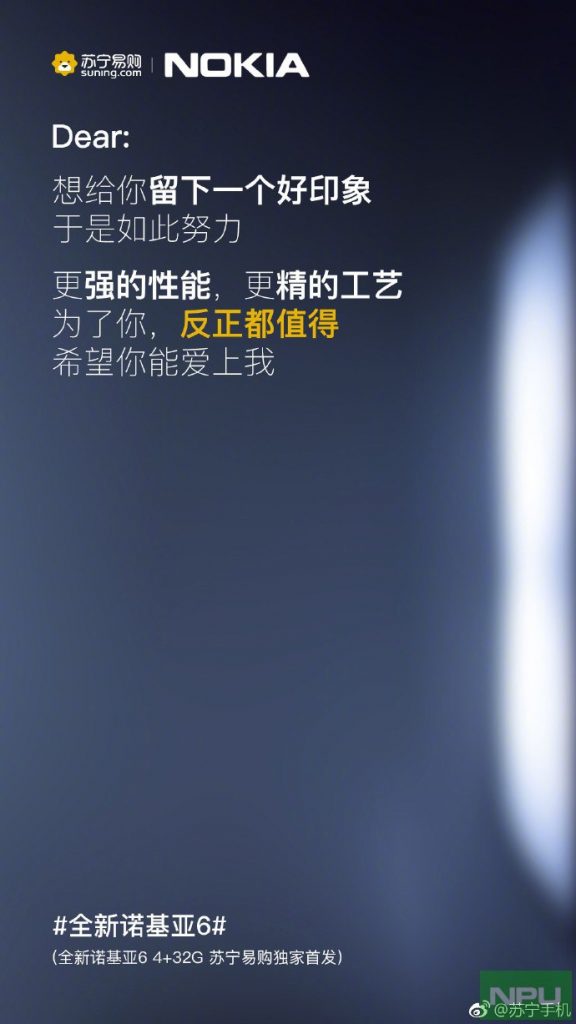 Nokia 6 (2018) will rely on a Qualcomm Snapdragon 630 processor and it should offer things like narrow bezels, an 18:9 screen and no capacitive buttons. The side profile is expected to be robust and this time we’ll see red accents at the edges of the camera and the device’s sides. The camera module is borrowed from the Nokia 6, but it relies on a 16 MP CMOS sensor.

Also, the fingerprint scanner has been moved at the back, leaving more room for the screen upfront. Over the next weeks we’re also expecting the Nokia 3310 4G to pop up and for the rest of 2018, the Nokia 9 and Nokia 8 (2018). 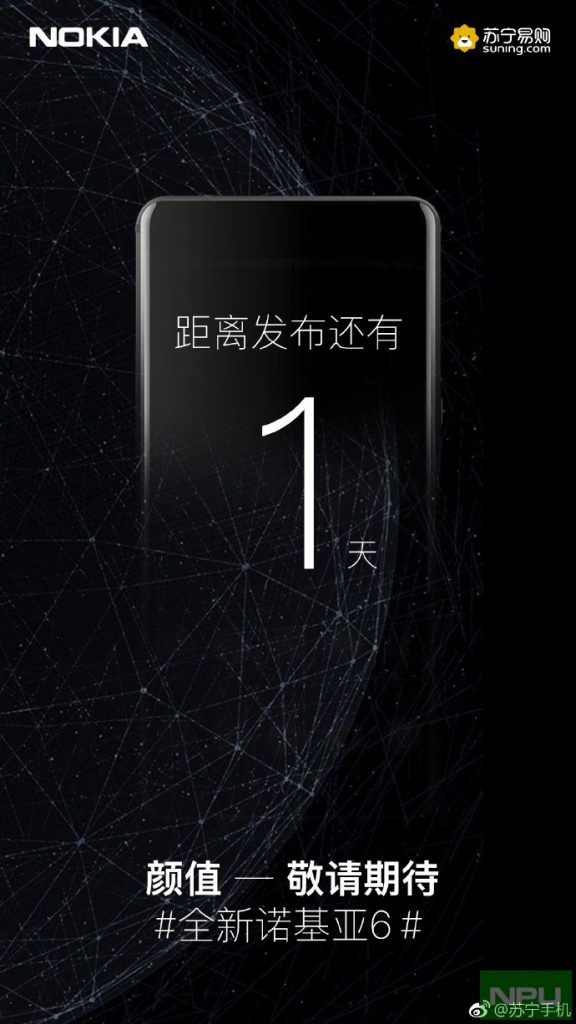