Home Android Nokia 6 Launching Outside China Soon, Starting With the Philippines, at $370 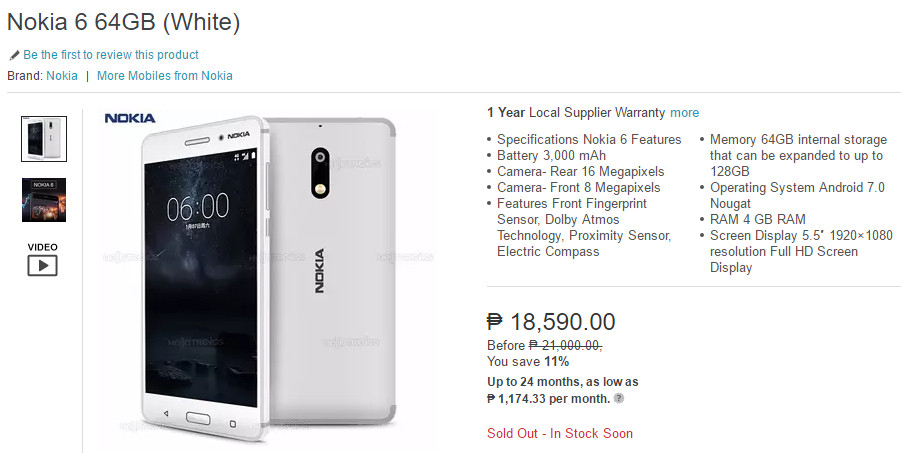 Although it seemed hopeless to expect an international debut of the Nokia 6 over the current quarter, at least today we learned that the device is also available outside China. The very popular handset, that gathered over 1.4 million customers registered in about a week is now going to the Philippines. 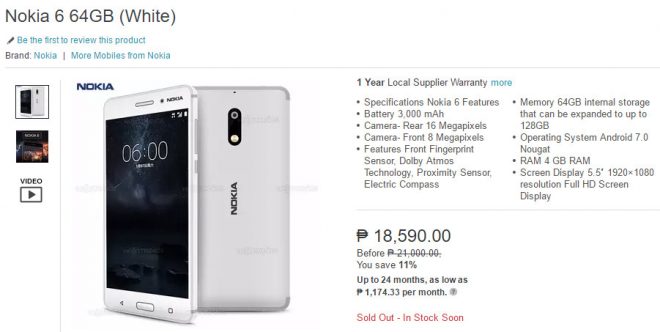 Sold out in 60 seconds in the first flash sale in China, it’ll be restocked at the end of February, around MWC time. In the meantime a big retailer in the Philippines is going to start selling the product, Lazada Philippines being their name. They’ve secured stock of the device, albeit at a higher price than the Chinese models. While in China the HMD Global/Nokia product comes at $245, in Philippines it turns to $370.

Well, at least you’re getting the more rare white version of the device, the only one available for that area. Of course, it could just be an optimistic promise from the retailer, but maybe they also know something we don’t, like the premise of international launch soon. Sales are rumored to start as early as tomorrow, so we’ll have confirmation soon.

It will be interesting to see if all specs are kept, from the slightly curved 5.5 inch Full HD screen, to the 16 megapixel back camera, 4 GB of RAM and the Snapdragon 430 CPU.