Home Android Samsung Galaxy C5 Pro Pops Up on GeekBench, With 4 GB of... 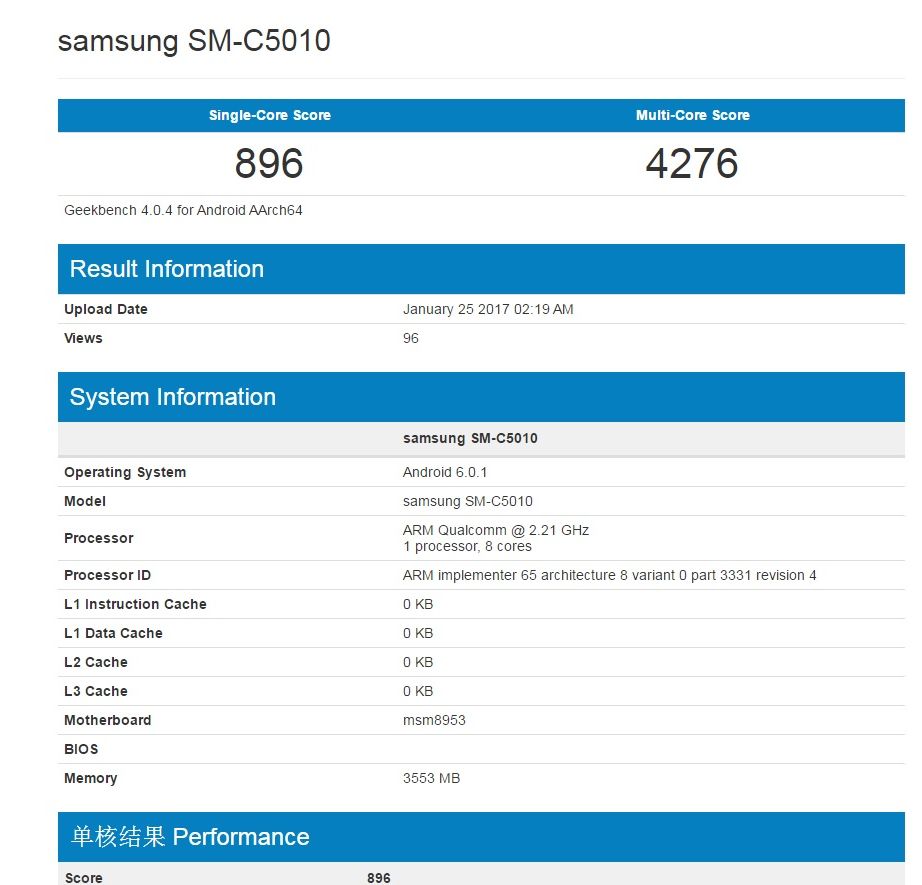 One of the most heavily leaked smartphones in history is the Samsung Galaxy C5 Pro, sometimes in the company of the C9 Pro and C7 Pro, other times alone. It’s been certified by multiple authorities, appeared in pictures and renders and was even seen in India on Zauba. Today it once again leaks, via a benchmark this time. 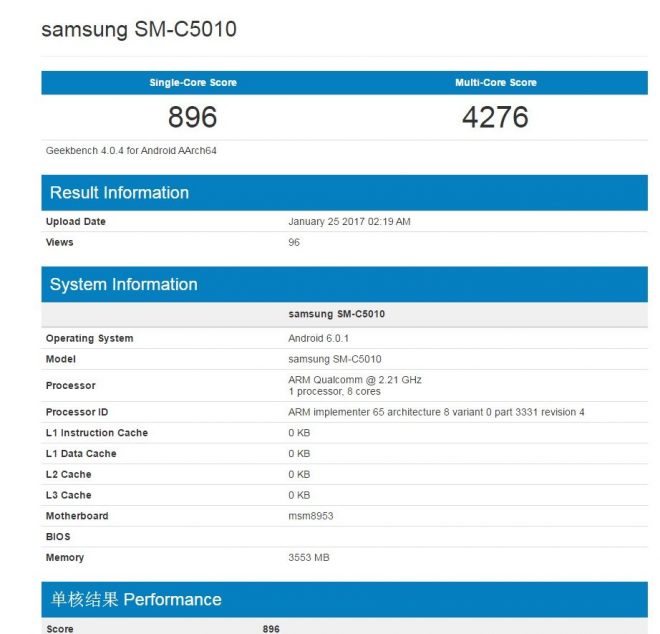 We’re talking about good old GeekBench, that reveals some of the details about the phone. Just as it was confirmed by a previous leak, via a TENAA certification, this is a 4 GB RAM machine and it should also bring 64 GB of storage and an octa core Snapdragon 625 CPU. It also has either a 5.5 or 5.2 inch screen, with Full HD resolution and a 16 megapixel back and front camera, like the Galaxy A5 and A7 (2017).

It’s also spotted running Android 6.0.1 Marshmallow, although it should be messing around with Android 7.0 Nougat rather. We also expect a triple dissected back antenna line at the back, sort of a trademark for the new C Pro models and a microsD card slot, plus a 3000+ mAh battery. An Asian-only release shouldn’t surprise you.