Nokia 7 Plus seemed like a looker to me ever since it was unveiled at MWC 2018. It’s all in those copper accents, I’ll tell you… particularly in the black and copper version. There’s also a white plus copper one, by the way. There are several things inaugurated by this device, from the 18:9 aspect to the fact that Nokia went with Android One this time. This handset is priced at $450 and we unboxed it below.

It’s a high midrange phablet that comes with a dual camera and with Android One. This means that updates will come in fast and hot, security, main software ones, what have you. Inside the box we have the charger (with fast charging), a bunch of headphones which feel above average, plugs for headphones and the manual. There’s also a metal key used to access the slots and a transparent and flexible case for the phone. 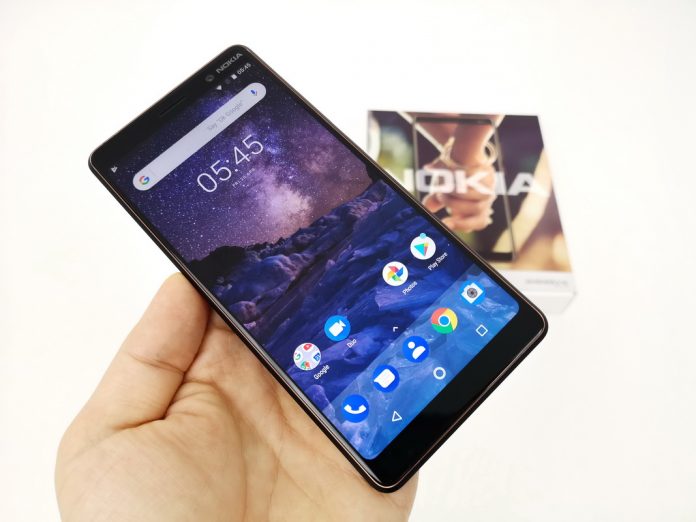 Nokia 7 Plus measures 8 mm in thickness and weighs 183 grams, which may seem like a lot, but it’s still 20 grams less than the iPhone 8 Plus. The screen is an IPS LCD with a 6 inch diagonal and 18:9 aspect, plus Full HD+ resolution. The back side is tailored in such a way it feels like ceramic. Actually, the phone is cut from a block of 6000 Series aluminum.

Inside the smartphone there’s a Snapdragon 660 CPU, 4 GB of RAM and 64 GB of storage, as well as a microSD card slot. We’ve also got a 3800 mAh battery here, while the audiophiles will be happy to know there are 3 Ozo powered microphones here, so I suppose concert filming will be great. There’s also a Smart Amp in the mix, so acoustics should be top notch. On the camera front, we start off with a 16 megapixel selfie shooter upfront with Zeiss optics. 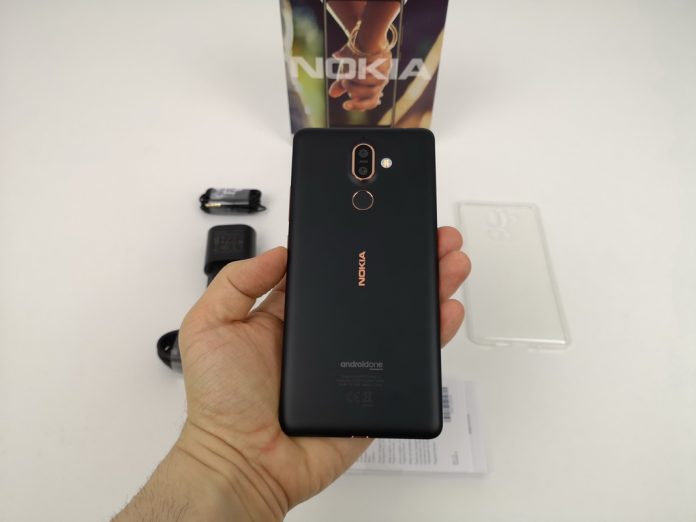 Then we move to the back side, where there’s a 12 MP + 13 MP combo, with F/1.75 and F/2.6 apertures respectively. We’ve got Bokeh capture, dual tone flash, 2x optical zoom and picture in picture mode. Other than that it’s all typical specs: USB Type-C, Bluetooth 5.0, LTE Category 6 and hybrid dual SIM slots. The camera doesn’t do OIS, but EIS should be enough nowadays.

As far as first impressions go, the phone is really a looker and I even prefer it in front of the Nokia 8 Sirocco. Time will tell if I grow to love it more or not. You can get it from here in the meantime.