Nokia 800, one of the rumored Windows Phone units of late has just leaked again, this time in a bunch of very credible ads. These show us a very hot handset, one that borrows a bit from the looks of the Nokia N8 and maybe a bit from the N9 as well. 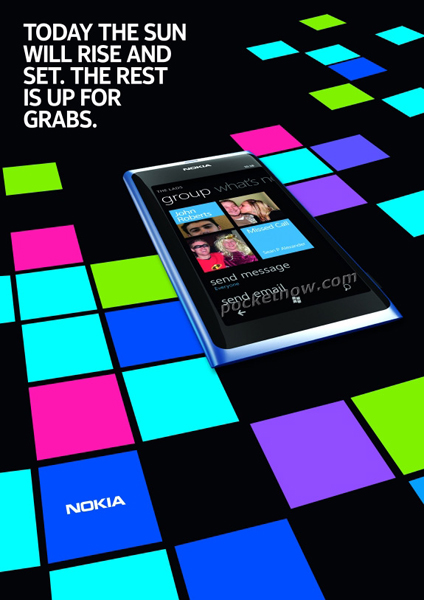 This could prove to be the Sea Ray model in the end, a device that has already leaked many times, in both videos and images. Nokia 800 is supposed to feature an 8 megapixel camera, but this is where the specs list starts and ends. We also know that there will be more color versions of the handset, just like it’s shown in the posters integrated into the article.

I wonder if Nokia will decided to use the polycarbonate shell or the unibody aluminum design on this baby… I prefer the N9 version to be honest, especially after trying it out. Expect the Nokia 800 and more handsets to be debut during the special Nokia World event taking place on October 26th in London. 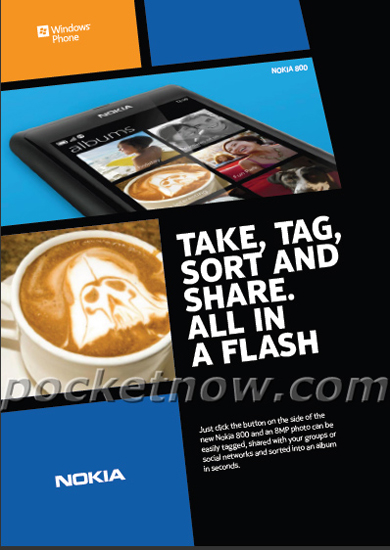