Nokia’s most awaited phone, the 808 PureView 41 megapixel cameraphone has just been spotted on Amazon, where it goes for $699 unlocked of course. It also gets US warranty and it’s available in white for now. An extra reason to get this device is the one mentioned by The Nokia Blog on Facebook: in a recent blind test by GSMArena, the Nokia 808 PureView beat the micro 4/3 camera Olympus PEN E-PL2. 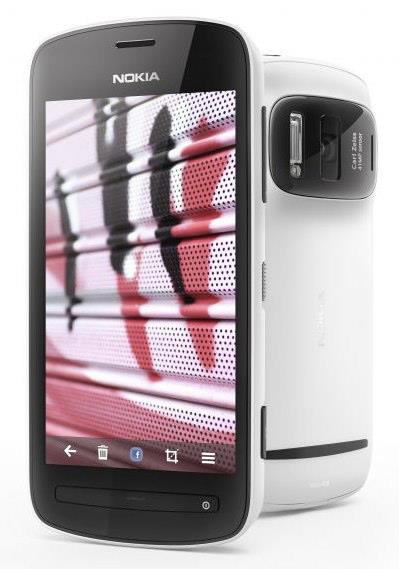 Anyway, know that for $700 you get a 41 megapixel camera sensor with Carl Zeiss lens, PureView imaging technology and the ability to capture full HD 1080p video. There’s also a Xenon flash on board and separate LED for video recording. You also get HDMI and DLNA output, NFC, WiFi, preloaded Nokia Maps, turn by turn navigation for 100 countries and more, 16GB of storage, a microSD card slot and a 4 inch nHD screen. Stereo FM radio, Dolby audio and a 1400 mAh battery are also included.

One of the handset’s main appeals is that 3x lossless zoom, that allows you to take a photo and zoom in up to 3 times without any loss of detail. When shooting video in Full HD you get up to 4x lossless zoom for smoother image capture and very sharp content. Nokia 808 PureView also supports 7.1 channels surround, so when you watch a movie on it or listen to music, the audio quality will be superb. Getting one?