There is barely enough money in the world to save major automakers and banks, but some “chosen” folks will find the time and cash to spend on luxury items, even during recession. This might be why Nokia decided to pull out a new version of the fashionable Nokia 8800 handset, dubbed Gold Arte. 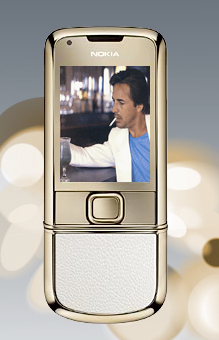 The precious device is adorned with 18-carat gold, sports white leather coating on its front and back and comes with the same specs as its predecessor, Carbon Arte. That means it’ll feature 3G support, 4GB of Flash memory, an OLED screen and a 3.2 megapixel camera.

Expect it to hit Europe, most probably in 2009 for a price that would feed many families during recession.