After having a look at the first official image of Nokia N900 and witnessing the announcement of Nokia’s first mini laptop (Nokia Booklet 3G), another cool device was announced today: the Nokia 5230 touchscreen phone. The handset made its debut today in India and it should retail for 149 EUR (about $212). 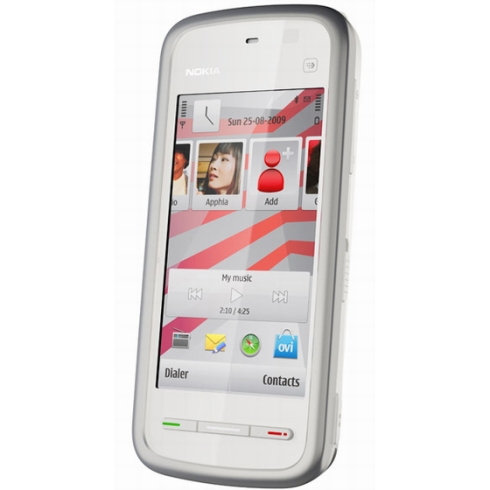 Nokia 5230 can be considered a hybrid between Nokia 5800 and Nokia 5530, as far as design is concerned, so nothing to surprise us here. It seems that the handset is made to compete with phones like Samsung Corby or LG Cookie, in the cheap touchscreen phone segment. Expect the new model to hit the market in quite a bunch of color versions, like pink, blue and white. 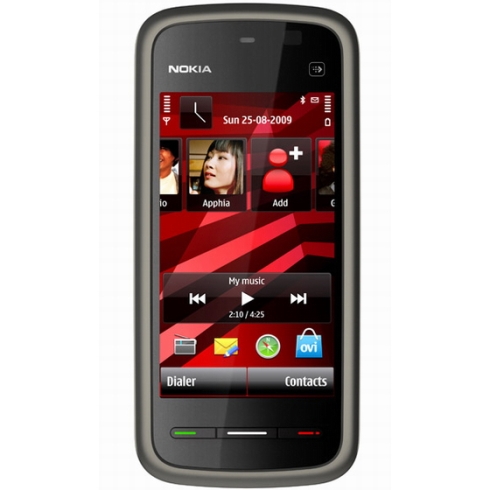 The handset features a 3.2 inch touchscreen display, support for HSDPA connectivity, A-GPS, Ovi Maps, Ovi Store, a 3.5mm headset jack, Bluetooth 2.0, a 2 megapixel camera and a microSD slot with support for cards of up to 16GB. Nokia 5230 will be available internationally starting Q4 2009 and you can watch a video of it in action below: