Nokia has just announced a pair of new handsets during the Nokia Connection event in Singapore. We’re talking about the X5-01 model and a new version of the X6, dubbed Nokia X6 8GB. The first device fits somewhere between Nokia X3 and Nokia X6, being a handset focused on music, as shown by its features: loud speakers, dedicated music keys, Ovi Music support and more. 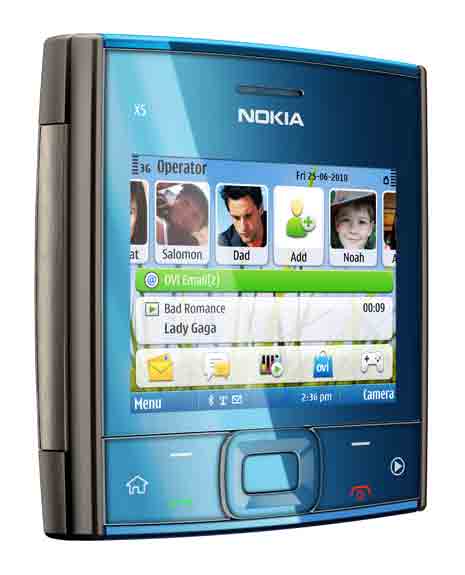 This is also a social networking phone with an original square-ish form factor and support for Twitter, MySpace, Hi5 and Facebook. Its full QWERTY keyboard will help you text and e-mail with ease, while on the go. Also, the photo taking segment is handled by a 5 megapixel camera with 4X digital zoom and an LED flash. 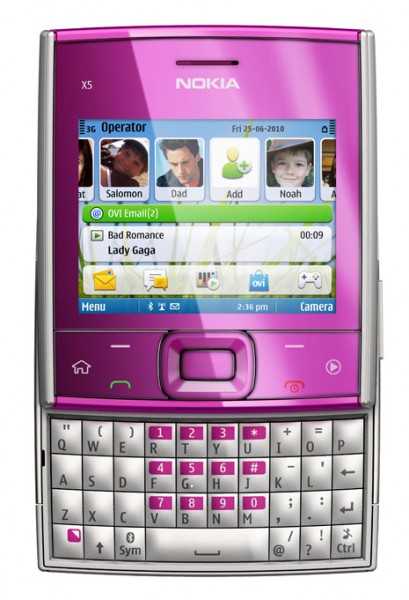 Nokia X5-01’s internal memory is 200MB and we learn that the handset is bundled with a 2GB microSD card and supports cards of up to 32GB. The battery on this device is also impressive, providing 16 days of standby functioning or 24 hours of music playback on a single charge. There’s also an innovative side to this phone: you can spin it to switch to a new random track and shake it to reveal unread messages from friends.

The device will debut in Indonesia in Q3 for EUR 165 and reach the rest of the world afterwards. As far as Nokia X6 8GB is concerned, this device was available at first in a 32GB version, followed by a 16GB one and now this “baby version”, that will ship during Q3 2010 for EUR 225 (before taxes). Here’s a promo video for the X5-01: