We’ve got a fresh leak today from @evleaks, showing us a new Nokia Asha model that may debut during the event taking place next month. This model is the Nokia Asha 502 and it brings a new design. 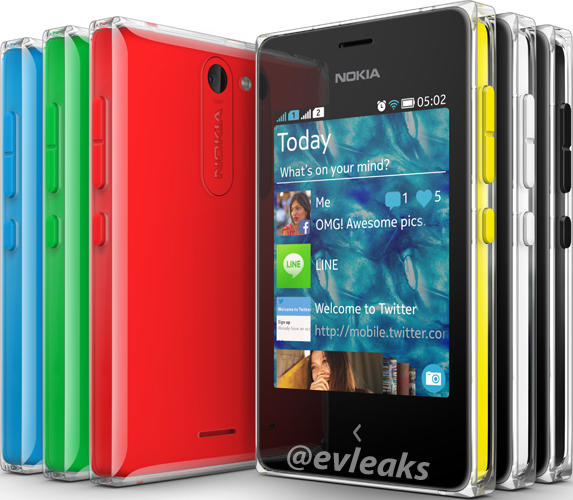 It’s based on polycarbonate, but there’s also a transparent shell around the device that makes it look very cool, so Apple may end up copying this design as well. The device is expected in Abu Dhabi next month, where it may debut with the first Nokia phablet and tablet, the Lumia 1520 and 2520 respectively.

This unit resembles the Asha 500, shown a while ago, so it may be its dual SIM version or something like it. It remains to be seen how the Asha series will evolve, now that Microsoft bought Nokia and they may want to focus more on Windows Phone than other types of devices.