If you’re not familiar with Nokia’s E7, know that the device is already on sale in quite a bunch of European countries, so it’s our turn to have the handset for a spin, after the unboxing. We have to say that while the N8 was a bit of a disappointment, but one with a nifty industrial design and camera, the E7 is a great improvement. 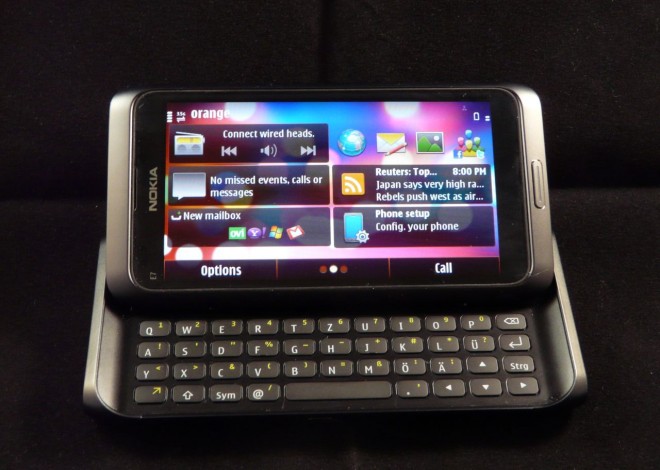 Gone are the bugs from Symbian^3 and the form factor of the N8 has been enhanced even more. We’re simply in love with the sliding QWERTY keyboard, that places the screen at a 30 degree angle for easier typing. The keys are matte, slightly rounded and four rows of texting bliss await your fingers. The light sensors will detect when you run out of light, so the keys will light up for you in the dark.

As far as specs are concerned, Nokia E7 comes with 16GB of storage, 256MB RAM 1GB ROM and support for HSDPA, WiFi 802.11 b/g/n and an 8 megapixel camera at the back. The latter includes a dual LED flash, geotagging, face detection and 720p video capture at 25 fps with video stabilization. Symbian^3 is powered by an ARM11 processor @ 680 MHz, that’s a pretty good choice for less battery consumption. 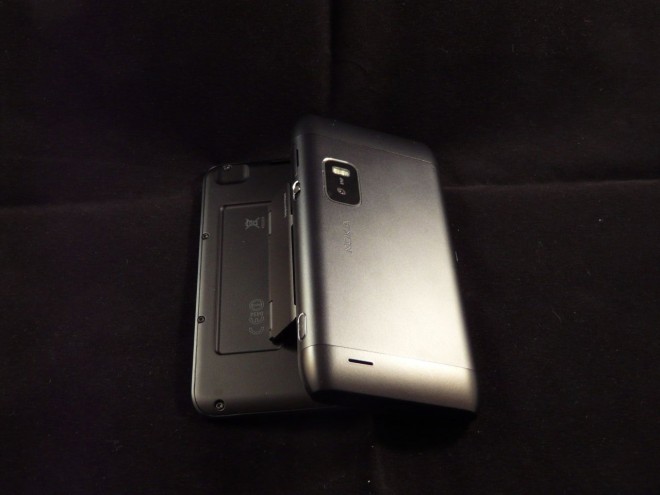 Speaking of which, we used the E7 for days, with the WiFi and 3G on, plus we made the device a 3G WiFi hotspot and we played games on it, took Opera Mobile 11 for a spin and whatnot… and still the battery lasted for a bunch of days. The quality of the product is unbelievable and the only defects we could find are the fact that the volume rocker is very similar to the one that locks the screen of the device and the usual old design of Symbian.

More on that and some apps in the full video review we have here. The E7 is very solid Communicator series phone, one that gets our full appreciation. 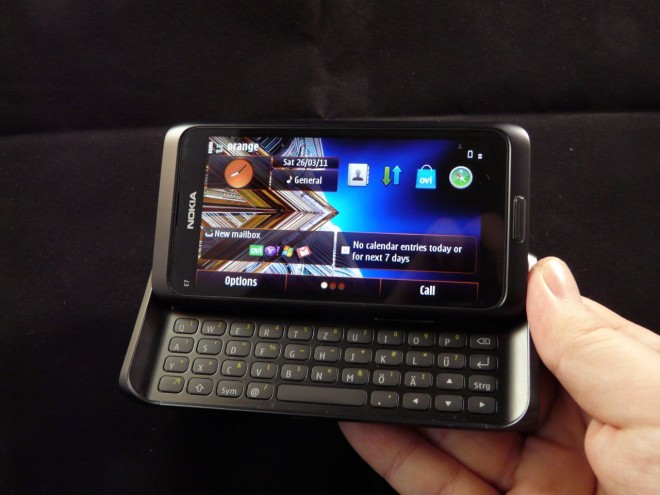