Nokia is getting friendly with the TD-SCDMA standards, having recently announced China Mobile versions of the X5 and C5 handsets. Although GSM technology is the company’s main focus, some extra market share won’t damage its sales, that’s for sure. 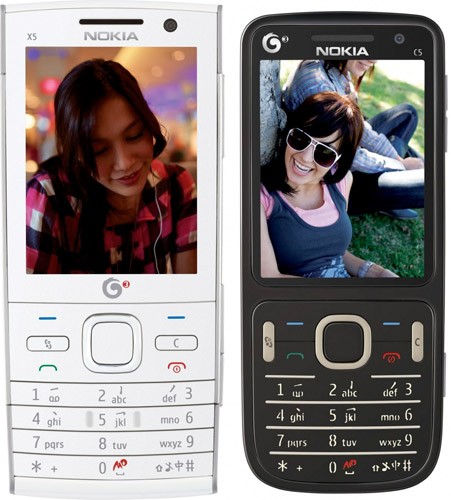 Nokia is now a member of the TD Forum, joining Nokia Siemens in the initiative. As far as the new models are concerned, Nokia C5 was already launched internationally, while the X5 is a newer design, that imitates the X3 and X6 versions and it comes with a 5 megapixel camera and a 2.4 inch QVGA display.

The X5 is the company’s first S60 handset that supports TD-SCDMA, so it’s fulfilling a promise made by Nokia in 2008. The C5 version sold by China Mobile is different from the international one, since it gets an extra 1.8 megapixel in its camera sensor and a different ID. X5 is available in this quarter, while C5 will hit the market in Q3.