Nokia has just rolled out its online software and content store, known as Ovi Store, in an attempt to create a rival for Apple’s App Store. The Finnish company claims that its new store is being moved to productions servers, as the global commercial launch approaches, according to Reuters. 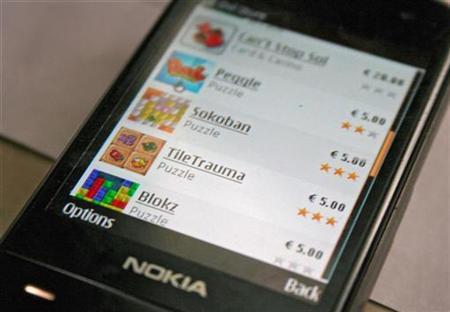 Ovi Store was opened to users of a few models of Nokia handsets in Australia and Singapore, yesterday. We should expect the store to debut globally this week, according to Nokia. We remind you that Apple’s App Store is a very popular service, with over one billion apps downloaded in less than a year, so it’s only logic that great companies and carriers want to launch similar services.

It’ll very tough to match Apple’s success and offer, specially because rivaling companies will have to face technical issues, lack of apps and competition. Nokia will have to spend quite a bit to advertise its new service and make the public aware of the novelty.

We learn that Nokia will be selling games and music through the Ovi Store, focusing all of its initiatives in a single service, in spite of the lack of success of N-Gage and Comes With Music.