Reuters has the scoop on Nokia’s next big profile launch at MWC 2012, on Monday, in Barcelona. It appears that the Finns are preparing two how new Windows Phone handsets, the global Lumia 900 and the lower end Lumia 610. The info is confirmed by the press giant, relying on inside sources and I must say that it’s not something we haven’t already heard of. 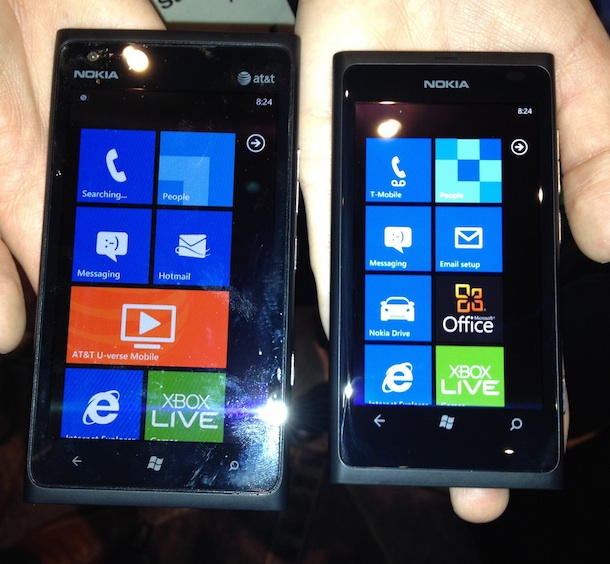 A global Lumia 900 has been in talks for a while now, but this time Reuters claims we’ll get our unit with a 12 megapixel camera instead of the 8 megapixel shooter from the OG Lumia 900. This is the supposed Lumia 910 that everyone was talking about and right now it’s not even sure what the final branding will be. As far as the Nokia Lumia 610 goes, this device will probably run Windows Phone Tango, the lower end version of WP7, that supports 256 MB RAM, 3MP cameras, lower resolutions and maybe even physical keyboards.

These are merely two devices and I’m sure that Nokia will be offering us much more than that. We expect at least 3 new Asha arrivals, the Nokia Pure View cameraphone, the sequel to the N8 and maybe some surprise, meaning a Windows 8 tablet… What do you think we’ll get on Monday?