Nokia Lumia 510 is a low end Windows Phone model with a pretty design and now it gets some popularity thanks to the fact that the Windows Phone 7.8 update was spotted running on it. We’re dealing here with a 4 inch handset with a 480 x 800 pixel resolution, 4 GB of storage, 256 MB of RAM and a 5 megapixel camera. 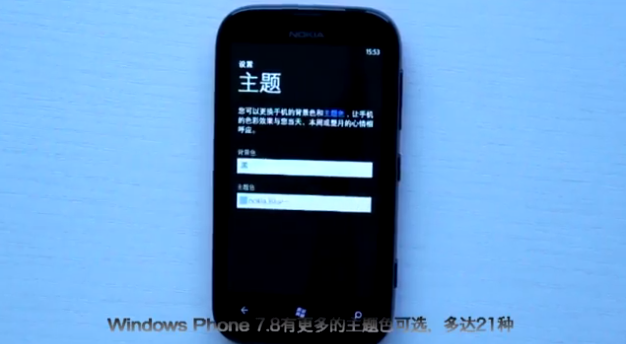 Specs also include an 800 MHz Qualcomm Snapdragon processor, an Adreno 200 GPU and a Li-Ion 1300 mAh battery. Since it manages to run Windows Phone 7.8, the device gets different tile sizes (small, medium and wide), plus new accent colors and the Bing lockscreen wallpaper, among others.

WP 7.8 was recently confirmed to be rolling out soon, probably arriving before the year end on most compatible devices. Nokia Lumia 800 and Lumia 900 are seen as the first models to get it, so they may receive their share of updated software in mere weeks. I have to say that unlike lower end Android phones getting a relatively new version of the software, this device handles the Mango follow-up quite well.