Among the many models that Nokia is rumored to unveil tomorrow in Barcelona, there’s the low end-ish Nokia Lumia 610 Windows Phone unit. BGR is the one with the scoop this time, saying that they’re positive on the fact that the new Lumia is an entry level device with Windows Phone Tango and a 3.2 inch display. 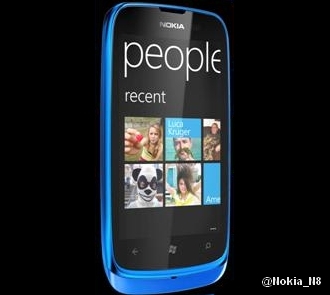 As previously mentioned, Windows Phone Tango is expected to supports lower end specs than the previous Windows Phone versions. I’m talking about stuff like 256MB RAM, 3MP cameras and lower resolutions. The Nokia Lumia 610 is rumored to sport 256MB RAM, a 3MP camera, both requirements for Tango, while the price will be very affordable, at 175 euros. A launch in India is forecasted as “very soon”, so this model is certainly one for emerging markets.

We’ll see tomorrow how real this info was, but my bet is that it’s all genuine. Now let’s see what other Lumias Nokia has prepared for us… maybe the global Lumia 900 with 12 megapixel camera I’ve been hearing so much about.