Last week, Microsoft has released in Brazil a new versions of its newly Nokia Lumia 630, a device that comes with Windows Phone 8.1, a 4.5-inch IPS display, a quad-core processor clocked at 1.2 GHz, 512 MB of RAM and a 5-megapixel photo camera. The new version of this device will also come with TV Digital. 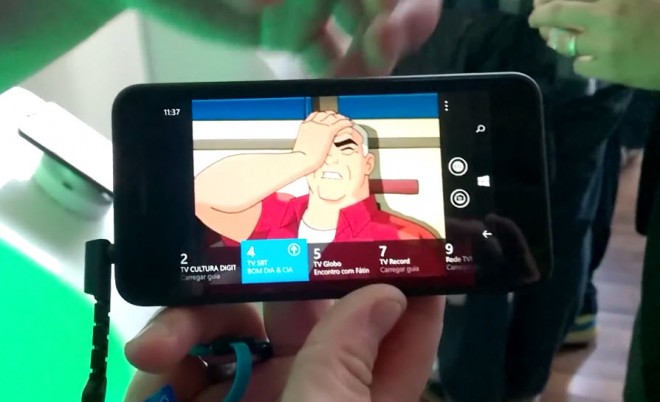 At the event, one journalist  managed to record a little video where we can see the new Digital TV feature on the Lumia 630, a video that can be found on the FaxiaMobi Blog YouTube Channel. This Digital TV App was developed by Team INdT (Nokia Institute of Technology) and it allows users to watch or record programming transmitted by broadcasters.

We can also check in the same time the TV listing guide. According to the guys form FaxiaMobi, it seems that this version it’s available only in Brazil just in black and white.