Nokia Lumia 808 Pureview is now the world’s most talked about cameraphone, with a 41 megapixel sensor and the highest end camera technology you can imagine. The device goes for $660 or around that amount on Amazon. Pureview came in the typical blue Nokia box and inside it has the usual manual, charger, headphones and USB cable. 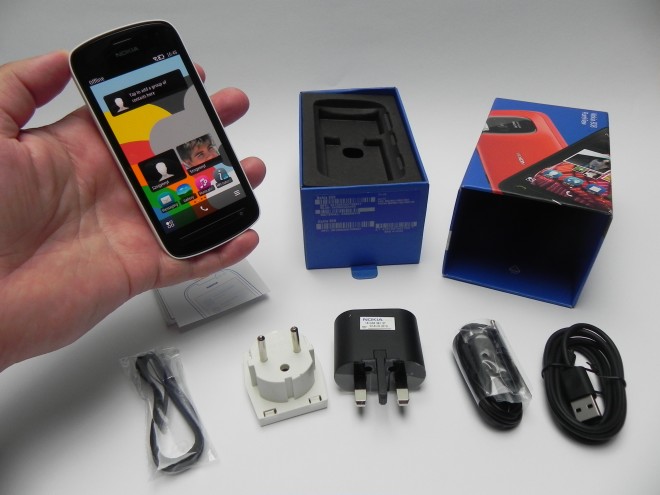 There are also some headphone plugs and among the manuals we find an NFC tag, shown in the video below. Nokia 808 PureView was launched in June and it measures 13.9 mm, so it’s pretty bulky. The device has a 4 inch ClearBlack AMOLED display with a 360 x 640 pixel resolution. The camera is a 41 megapixel shooter with both Xenon and LED flash, with the latter handling video capture. Carl Zeiss Optics and varied shooting modes are available, as shown in the unboxing video, that actually turned into a preview at some point.

As you can see the back cover of the Nokia 808 is hard to remove, so you’ll have to fight it for a bit. I used a pair of scissors, but still I had a hard time. Under the hood there’s a microSIM and microSD card slot and the 1400 mAh battery. Inside the Pureview there’s a 1.3 GHz ARM 11 CPU. More details will come in the following days, as we review this baby.