As everyone probably knows, it’s raining new Lumia models these days, with Nokia launching new devices every week now. However, we return to the past a bit, in order to check out the Nokia Lumia 820, that has reached us for testing purposes. 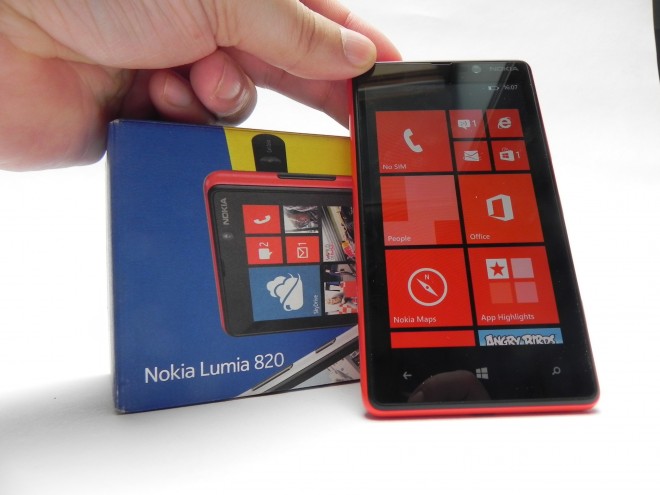 This is basically a cheaper version of the Lumia 920, that we take out of the box in the video below. The price tag of this model is $349 off contract on AT&T or free if you want a contract. The handset was launched close to the end of 2012 and it was part of the first wave of Windows Phone 8 models. It comes with a microSIM card slot and a microSD card slot placed under the battery and a removable polycarbonate back shell.

There’s a bunch of nice headphones bundled, the same kind you got with the Lumia 920, a charger in the box, manuals and the USB cable, plus some more ear plugs for the headphones. Nokia Lumia 820 measures 9.9 mm in thickness, weighs 160 grams and uses a 4.3 inch AMOLED ClearBlack display with a 4.3 inch diagonal. It also has 8 GB of storage, 1 GB of RAM and a 1650 mAh battery.

We’ll be back in few days with the full review.