Aside from the Nokia Lumia 800 and 710, Nokia has a third device with WP7 coming, the Nokia Lumia 900 aka the Ace. This device was rumored to be a part of the trio of Mango OS devices coming at Nokia World 2011, but it remained a mere rumor… The handset reappears now, courtesy of some rumors detailed by WMPoweruser. 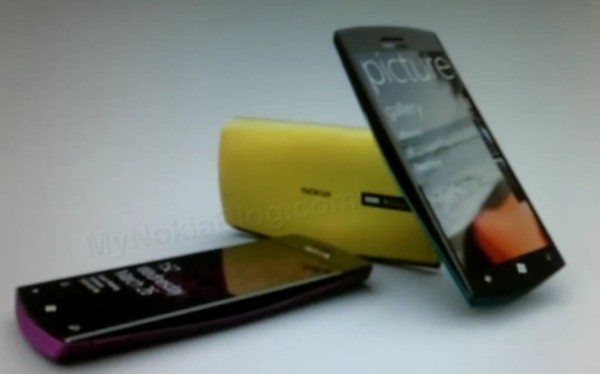 They’re reporting that Nokia Ace will be coming in 2012 to the USA via Verizon and AT&T. This is great news, considering the great sales of the Nokia Lumia 800 in France and the UK, that will probably be equaled and surpassed in about a week or two in the States. Nokia Lumia 900 is expected to be a smartphone with a larger display than the Lumia 800, most likely a 4.3 incher, with a single core 1.4GHz CPU and an 8 megapixel camera, plus 16GB of internal memory.

Last I saw some leaked pictures of this handset, it resembled the Samsung Omnia 7 a lot, which is not that bad, considering that was one of the top selling WP7 phones. There’s always the possibility that the pics we saw of the Ace weren’t real and that another theory is in fact the authentic one: the Lumia 800 will serve as the N8 successor and pack an incredible camera, one with a 12 megapixel sensor, Carl Zeiss technology and all the goodies of the N8, but in an upgraded version. A Xenon flash would also be included…. yummy!