We’ve been hearing rumors about the Nokia Lumia Catwalk for a while now, as the follow-up to the Nokia Lumia 920, with improved specs, but today we get a supposed first look at its design. The pics appeared on Sina Weibo, one of the most popular social networking sites in China. 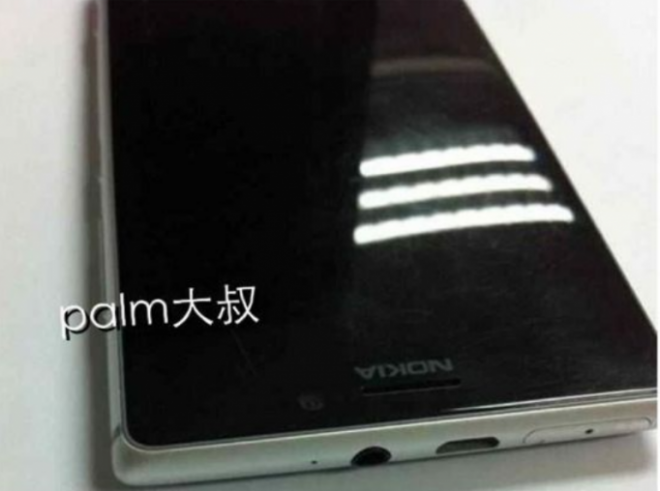 As usual, we advise you to take the leak with grain of salt, since in China we usually see cloned phones appearing ahead of the debut of the real versions. If this is an authentic model, it seems to be made of two materials, with one of them being metal, as previously rumored. The darker portion of the device could be made of the same polycarbonate that we got on the Lumia 920, mostly because a metallic shell would cause some problems with wireless charging. 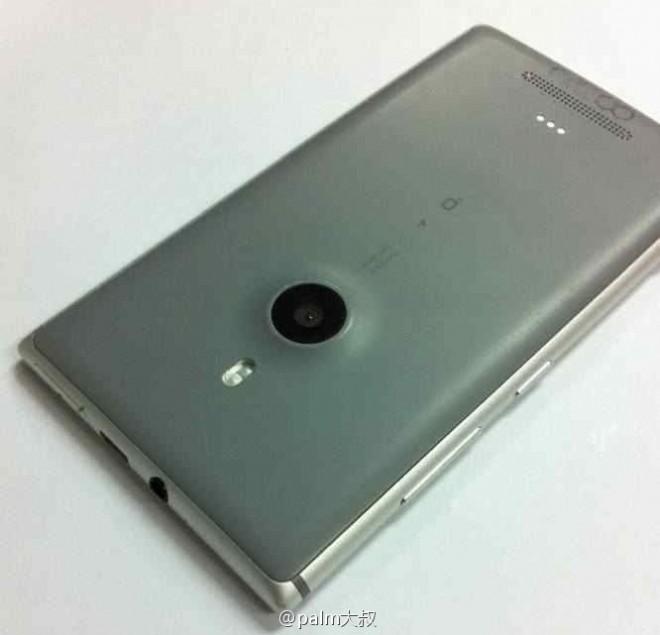 The 3 indents on the back casing seem to indicate that we do get wireless charging on this device. Nokia Catwalk packs the audio jack and SIM card slot at the top of the device, plus a tiny space for something that could be the microUSB port, but it could also be a microHDMI. The camera shutter button and volume buttons are on the right edge and the most interesting aspect here is the bulb-like camera at the back, possibly indicating a Pureview big sensor.

Overall, this model is… kind of ugly and gray is certainly not a cool color choice.