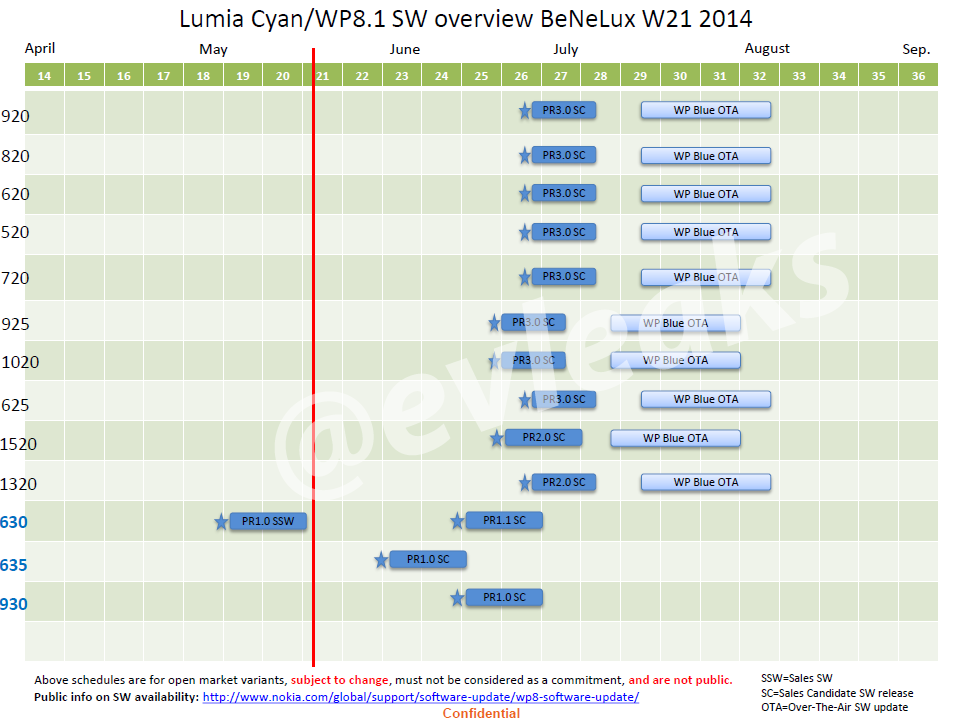 Here’s yet another leak from @evleaks, this time related to software, not hardware. He managed to leak the entire Nokia Lumia device update timetable for the Lumia Cyan/Windows Phone 8.1 software. For now, the picture below only refers to the Netherlands, Belgium and Luxembourg region, but it may as well as apply to the entire Europe. 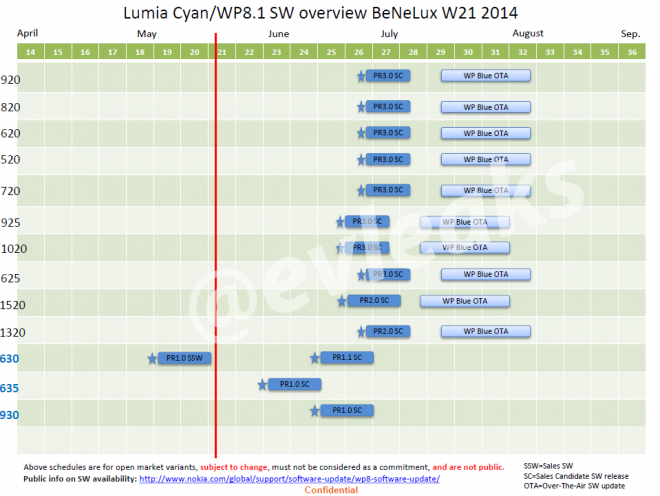 It would appear that at the end of June and start of July models like the Nokia Lumia 925, Lumia 1020 and Lumia 1520 will be the first to get the update. The Lumia version of the WP8.1 update is called Cyan for some reason and then a week later the same software package will come to the bulk of the models: Lumia 920, 820, 620, 520, 720 and 1320. Finally, at the end of July and start of August WP Blue OTA updates will start for all models.

Of course, dates can change and carrier decisions may affect these time frames… Of course you can also buy phones like the Lumia 630, Lumia 635 and Nokia Lumia 930 that come with Windows Phone 8.1 preinstalled. It’s nice to see models with lower end specs like the Lumia 520 on this list, but I wonder how many of the core WP 8.1 features will make it to the handset.