As Nokia World 2008 goes on, the Finnish company introduces its latest products, among which the famous Nokia Maps with Ovi integration. We’re dealing with the latest version of Maps, which combines the usual functions with Ovi in order to create a free service that will be solid gold for tourists. 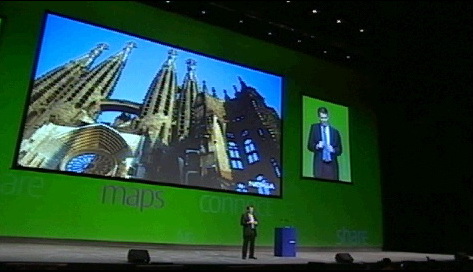 You’ll be able to plan your trips on your PC and sync your routes and landmarks with your mobile via Nokia Maps. The latter now includes high-res aerial images, 3D landmarks for 216 cities and terrain maps. The integration with Ovi will allow users to share their plans with other people and reveal the best route used to reach a certain landmark.

Among the new options available with Nokia Maps, there’s the access to real time info, including camera alerts, safety spots, traffic info and even an event guide for about 450 destinations. Many of the new features of Nokia’s nav software resemble those we’ve seen in action on Google Android, as the combo Mobile 3D maps and geo-tagging.

Could the software demoed below have been Nokia’s inspiration for the new version of Maps?

You can find the new version of Nokia Maps on the Nokia Beta Labs website, as for the online version, it’ll be available here.