Apparently the Nokia N8 fails graciously… hold on, we’re not the only ones judging here, but the folks who already bought this handset. We’ve got tons of proofs here, ranging from photos, to video and testimonies. I guess the shot below says it all, since one particular N8 unit doesn’t allow its user to play back the just captured video. Minor errors and glitches or a general failure? 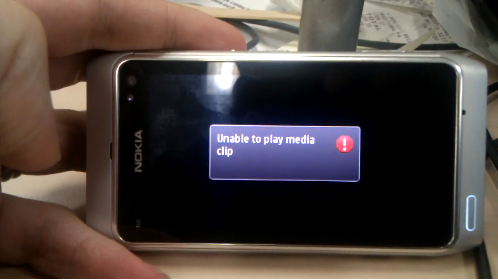 There were also owners of the 12MP cameraphone saying that animations don’t work with still image files. Call signal and speakerphone quality (or lack of) were also mentioned, but people feel that a firmware update will solve all of their problems. Various other software bugs seem to plague the experience, but at least the hardware is top notch, right?