Tomorrow is the big day of the Nokia World 2011 start, that will include the unveiling of a bunch of Windows Phone models made by Nokia. Among these we’ll find the Searay, aka the Nokia 800 aka the N800. The handset has been leaked quite a number of times before and now it comes in a live picture. 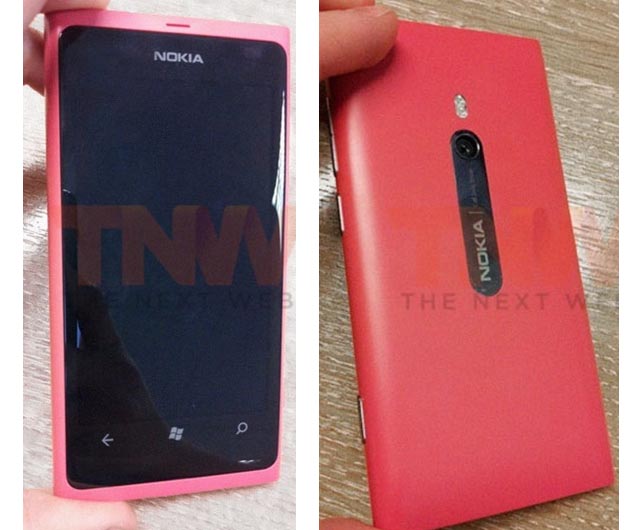 We’re dealing here with the identical twin of the Nokia N9, one that adds a camera button and capacitive WP7 buttons as well in the mix. The handset is expected to feature an 8 megapixel camera with LED flash, a 3.5 or 3.7 inch display, a 1.4GHz single core processor and 16GB of internal memory. Commercials for this phone have already been shown in Great Britain on TV, so it’s as real as it gets.

Tomorrow in London we’ll see the N800 becoming official, together with the Nokia Sabre, a smaller version of the Searay that looks like Nokia C7 and the mysterious Nokia Ace, the highest end WP7.5 Nokia device. Are you excited about this event and the unveiling? Know that Stephen Elop’s keynote will take place tomorrow at 9:00 am London time.