We knew that there was an 8 megapixel Nokia cameraphone in the works, but we expected an official announcement at MWC 2009, not a very unlikely leak on the first day of the show. Nokia N86 is the device in question, that just got even more leaky, since we now know its full list of specs. 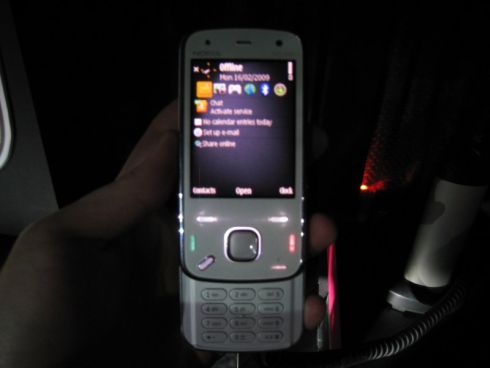 The device will work with Ovi Share, it’ll integrate an FM transmitter, A-GPS, Nokia Maps 3.0 and a multimedia player. As far as connectivity goes, this Nokia handset has got it all: WCDMA, EGSM, WLAN, GSM, WLAN IEEE 802.11 b/g, USB 2.0, TV out, Bluetooth 2.0 and Bluetooth stereo. In spite of the lack of an official announcement, the device got caught on video, for you to check out below: