@SimonLR from The Mobile Fanatics (ex member) has just pulled an Eldar Murtazin on us, by posting his experience with the Nokia N9 yet unannounced handset. This is a MeeGo smartphone we’re talking about, one that comes with a spacious keyboard, according to Simon’s tweets. 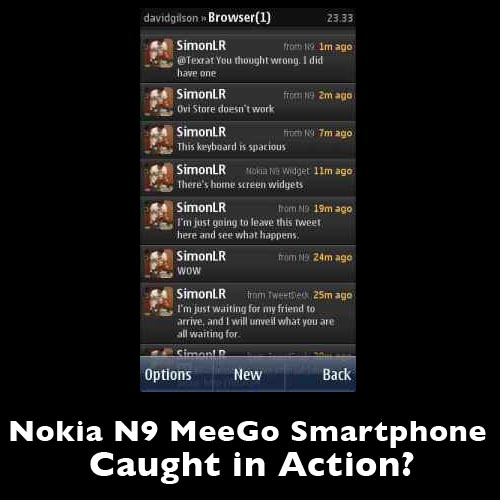 Home screen widgets are also mentioned and the reviewer claims that the UI on the N9 is much better than the one on Android and iOS. Simon has been tweeting all this info from a Nokia N9 unit, using a live widget or similar feature. The same lucky guy, ex Mobile Fanatics member advises everyone to keep the money for next months in order to buy this hot device.

This could all be just a major rumor, but according to Simon’s friends, he’s not the type to joke around with such major equipment.