The Nokia Blog claims that the Finnish manufacturer will launch its first touchscreen smartphone in North America around June 2nd. So, the N97 should be available in the next weeks for $699, although the actual price might be a bit lower than this. 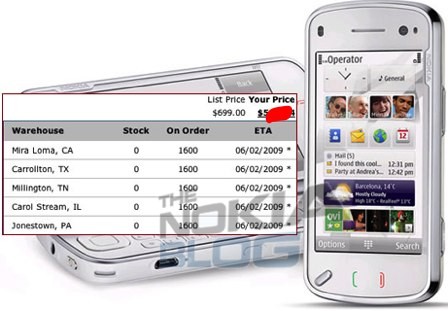 The June launch is something we’ve been hearing quite often, but the hype surrounding this device has greatly decreased, since all major websites started criticizing the handset’s CPU. We’re dealing with a processor that’s a tad over 400 MHz and doesn’t do multitasking, but otherwise the N97 is quite a decent smartphone, with pretty hot features.

I’ll stick with the Xperia X1, HTC Touch Pro 2 and Touch Diamond 2 in the meantime…