Nokia World 2009 made its debut today, in Stuttgart with the announcement of Nokia N97’s little brother, the N97 Mini. We’ve seen this phone pictured and specced a bunch of times before and it seems that it’ll hit the market in October, with a 450 euro price tag. 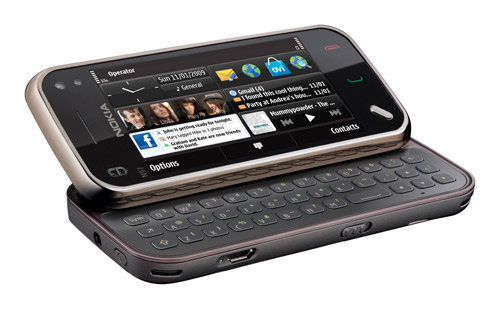 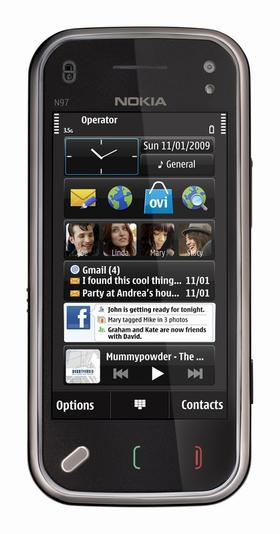 This handset comes with an 8GB internal memory, plus 16GB more through a microSD card slot and there’s also a 1200 mAh battery on board, that provides 240 minutes of 3G talk time and 320 hours of standby time. What’s really impressive is the audio playback time, 28 straight hours. At the back side of the handset you’ll also find a 5 megapixel camera, with Carl Zeiss Tessar optics and the specs list gets rounded up by GPS, Stereo Bluetooth with A2DP, Wi-Fi and a 3.5mm audio jack.

Here’s the new Nokia in an official presentation video: