For those of you who miss the N-Gage era, there’s still hope, at least as far as concepts are concerned… The latest Nokia gaming phone is only a design for now and it’s dubbed the Ovi Orion, created by the folks of Recombu. 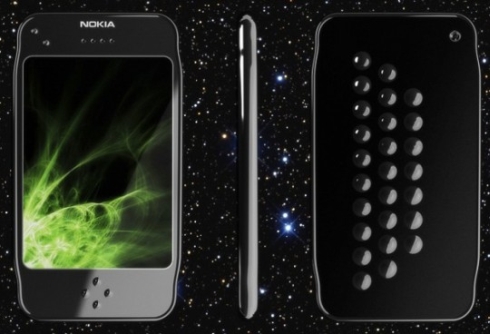 Nokia Ovi Orion borrows heavily from Palm Pre and a bit from the iPhone, as far as the design is concerned. We learn that the device comes with a pretty unusual QWERTY keyboard and a hidden one line display, both on the back of the phone.

The gaming will be done via the front multitouch capacitive touchscreen display and if you’re wondering about the specs, sadly we have none, for now. I’m guessing there’s a Tegra or Snapdragon CPU on board, plus HDMI out, 720p video playback and probably some other OS than Symbian. Here’s a demo of Nokia’s concept gaming phone: