Eldar Murtazin, Mobile-review.com editor claims that Nokia is about to launch its very own App Store, that will get introduced next week, at Mobile World Congress 2009. Rumours claim that the app portal is not 100% ready yet, but what we do know is that distribution and revenue sharing model (with the app developers) looks pretty appealing. 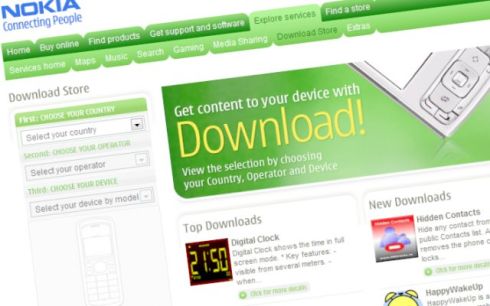 This might as well be just another rumour, but it seems that every major handset maker is slowly moving towards the software market. We’ve got Apple and its hugely successful App Store, the BlackBerry and Android Market, Palm’s also readying something and even Microsoft has some secret plan of this kind.

We have to remind you that Nokia owns Symbian Limited and that it’s preparing the launch of the Symbian Foundation, an initiative that includes Sony Ericsson, Samsung, LG, Sharp and many more companies. The community of Symbian developers is ready for action, so it won’t be hard to motivate and unite them all, with the appeal of an app portal.