We’ve seen Nokia prototypes in The Dark Knight and Star Trek and maybe even a tablet from the Finns in Tron (the one from 2010), although that hasn’t been confirmed and now it’s time for yet another nifty product placement, this time in the movie Real Steel.  The folks of Mobilissimo.ro are the ones who found the device. Set in 2020 and starring Hugh Jackman and a ton of robots, this movie shows us a glimpse of an interesting Nokia phone around the 4th minute in the film. 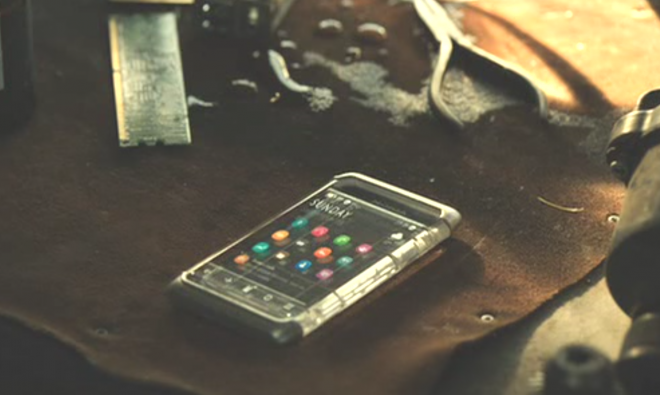 We’re dealing here with a handset that seems to combine the looks of the Nokia N9 with the N8, but its futuristic case stops us from seeing what the design of this phone is really like. We might actually be dealing with the N9 with a sci-fi layer of animation on top, but what really had me thinking was the set of capacitive buttons at the bottom of the screen. There are 5 of them and they really look a lot like Android material, so is Nokia really going to risk going that route?

However, the MeeGo/Symbian-like icons on the screen made me think that this is either MeeGo Harmattan 2.0 or Symbian Carla/Donna. There seems to be a more complex notification bar at the top, if I’m not mistaking. Videocalling is also shown in the movie and those capacitive buttons at the bottom are pretty clearly a Menu button, Forward, Back button and a Home button. What do you make of this? Will MeeGo adopt the Android capacitive buttons or will Symbian do it, after it copied the notification bar through Belle? 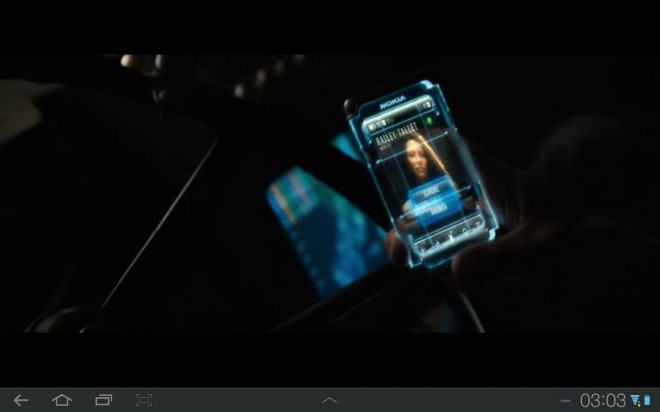 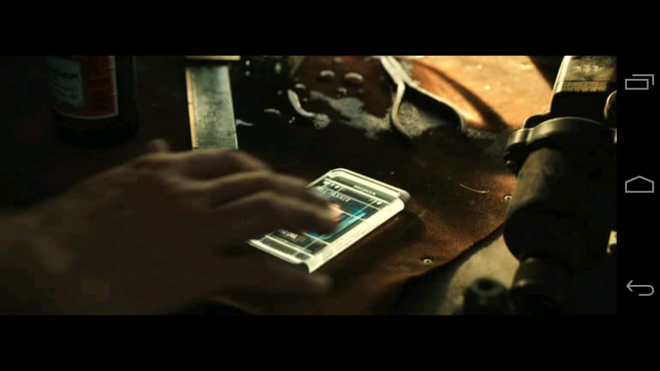