ZTE’s got a new Windows Phone device in town, the Tania model, that’s now ready to debut in Europe. The handset has just hit pre-order status on UK retailer Clove and we’re dealing here with a low end phone that’s a cheap option for people who want to enter the WP7 universe. 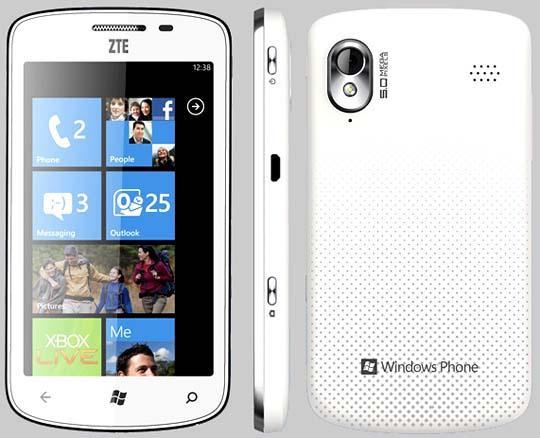 ZTE Tania comes with a 1GHz processor, 4GB of storage, a 4.3 inch display, 512MB of RAM and a 5 megapixel camera. Pre-orders at Clove feature a price tag of 249.99 quid unlocked, which is not too shaby for a WP unit, although for a couple more bills you can get the famous Nokia Lumia 800. It seems that it took a while for this model to reach Great Britain, since it was launched by its Chinese maker back in September.

As far as I know this unit runs Windows Phone 7.5 Mango, but so does the ultra cheap LG Optimus 7, that must’ve received the WP 7.5 update by now and its price must be considerably lower. I really don’t get why only 4GB of storage were made available and as usual with WP handsets, there’s no microSD card slot to go to… Maybe we’ll let Skydrive store some of our stuff?