After the usual set of leaks of the Samsung Galaxy S III smartphone, it’s time to take our dose of Nokia leaks. This time we spotted a handset supposed to be part of the Lumia line, but one that’s packing PureView technology and that 41 megapixel camera of the recently announced Symbian phone. 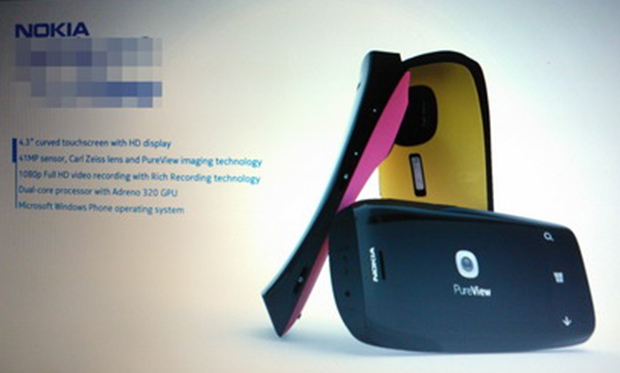 This device is supposed to run Windows Phone 8, it has a strange Home button with the Windows 8 logo and packs a 4.3 inch HD display. The design is extremely unusual, leading me to believe that this is actually a prototype or a mere concept. The phone relies on Carl Zeiss and Pureview imaging technology and its camera is capable of 1080p full HD video recording and Rich Recording capture. Inside we find a dual core CPU with Adreno 320 GPU, most likely the famous Snapdragon S4 from the US HTC One X and ASUS PadFone.

It’s interesting to see that they would rather curve the design to make a very bulky phone look thin than cut down on the camera sensor, battery or other chips inside. The design is still pretty interesting, but are you ready to sacrifice the waistline of your Windows 8 smartphone for a top notch camera sensors? 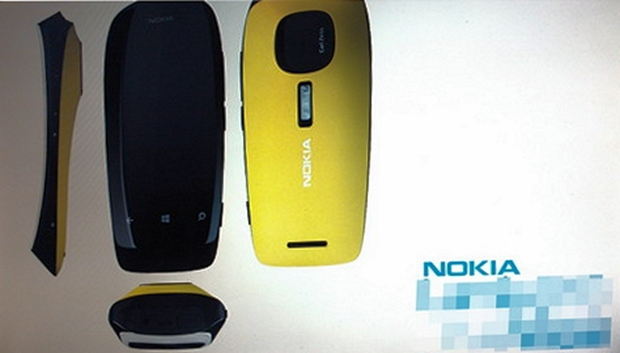